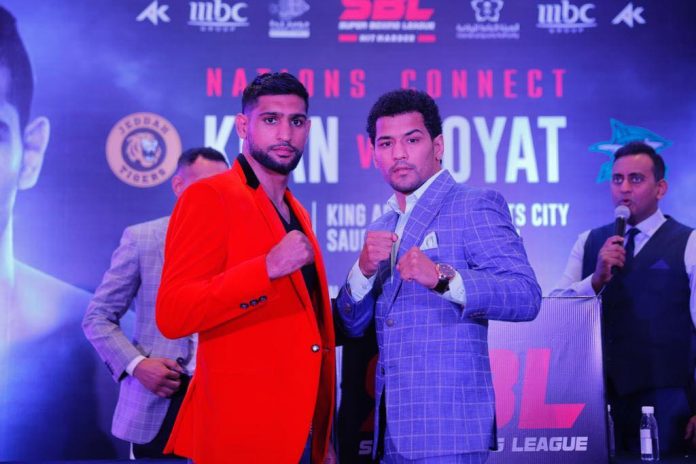 Boxing star Amir Khan is set to make history when he steps in the ring against Indian boxer Neeraj Goyat.

The UK born boxer will make history when he fights in the Kingdom of Saudi Arabia on Friday 12th July, 2019. Khan is regarded as the biggest Muslim personality in sport since Muhammad Ali, and he is now set to showcase his skills at the King Abdullah Sports City in Jeddah.

Speaking about the upcoming match, Amir said: “This is an exciting challenge that I have ahead of me. It will be the first time a British Pakistani will fight an Indian boxer, which eventually will bring the two nations together.

I would like to thank the Saudi government and General Sports Authority for giving me this opportunity and I’m a firm believer in sport being a great healer.”

Boxing enthusiasts will be in for a treat when these two giants go head to head with one another.