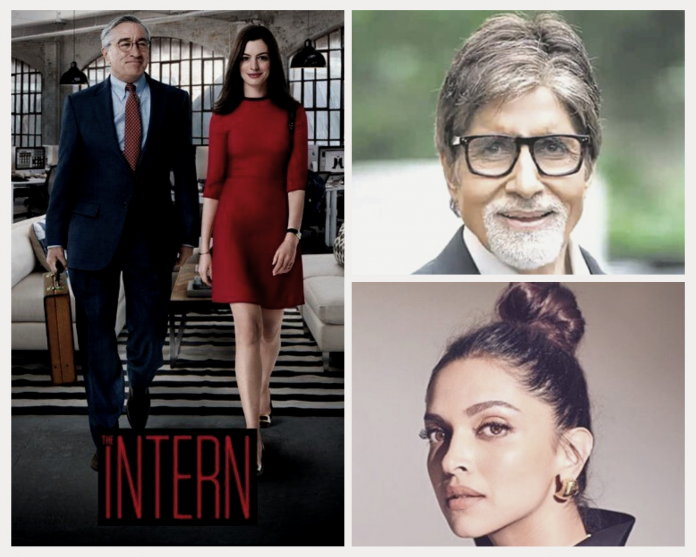 Amitabh Bachchan and Deepika Padukone are set to star in the Hindi-language adaptation of Nancy Meyers’ comedy-drama ‘The Intern’.

Bachchan will no doubt play the Robert De Niro role, while Padukone will play the Anne Hathaway role.

The original 2015 Warner Bros. movie stars Hathaway as a young CEO of a successful e-commerce fashion website, who fosters an unlikely, father-daughter type friendship with a 70-year-old widower played by De Niro — who becomes the company’s latest intern when he refuses to retire. The original movie grossed £140M worldwide.

Production for the Indian remake will begin in November 2021 and release in summer 2022. It is being directed by Amit Ravindernath Sharma and produced by Sunir Kheterpal and Deepika Padukone. The screenplay has been adapted by Akshat Ghildial and Mitesh Shah. The co-producers are Amit Ravindernath Sharma and Gaurav Bose and the project comes from Warner Bros India and Athena.

Taking to Instagram, Padukone made the announcement and shared a promotional poster for the movie with caption: “What an absolute honour to be collaborating with my most special co-star again […] welcoming @ambithabbhachchan to the Indian adaptation of #TheIntern” and tagged those involved with the project.

[Announcement] Deepika Padukone announced her co-star Amitabh Bachchan and director Amit Sharma and shared the poster for #TheIntern 👏 (via her Instagram) pic.twitter.com/ZMChPH6cVx

Bachchan became second casting choice when Bollywood legend, Rishi Kapoor passed away in April 2020 — of whom the role was originally assigned.

The two actors will reunite for the first time after they were last seen on screen together in the popular slice-of-life film, Piku in 2015 — a quirky comedy centred on the relationship between a daughter and her ageing father, which carves out a variety of emotions in both the characters and its audience.