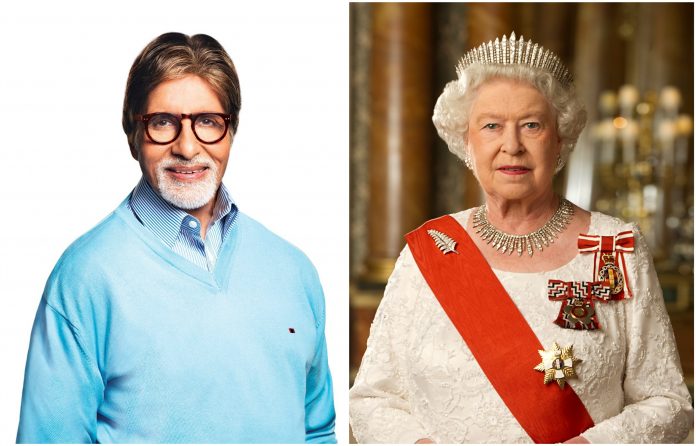 Bollywood Megastar Amitabh Bachchan has reportedly turned down an invitation from Queen Elizabeth II to attend an event at Buckingham palace.

The Queen invited Big B to the UK-India Cultural Year reception at the Palace, an event that promises to celebrate Indian culture in the United Kingdom. An invite from the Queen herself is very rare but given the fact that Amitabh Bachchan is one of India’s biggest stars it’s no surprise that she wanted him at the ceremony. Despite the highly esteemed invitation Bachchan had to politely decline due to prior commitments.

Bachchan’s schedule is full of upcoming movies. He is currently filming for Sarkar 3, Thugs of Hindostan, Aankhen 2 and Dragon. With so many releases coming up it’s no surprise that Bachchan doesn’t have time to pencil in a meeting with the Queen! The show will go on however and the UK-India Cultural Year reception will take place on February 27th.

Who would you rather meet, the Queen or Amitabh Bachchan? Let us know. #BritAsiaTV