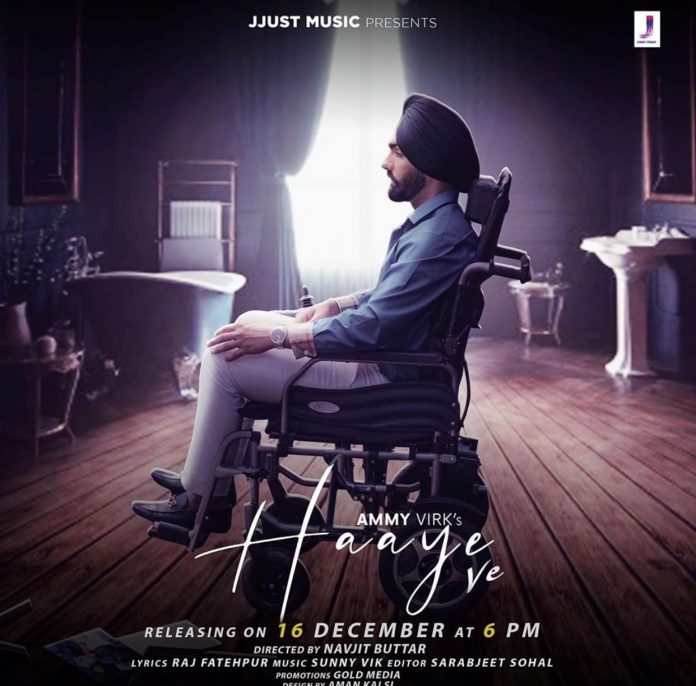 Ammy Virk has taken to his Instagram to announce his next single to his 3.4 million followers.

The new single ‘Haaye Ve’ has been described to be a “beautiful melodious song.”

This one’s gonna win your heart! Tune in to this beautiful melodious song “Haaye Ve” that will be releasing on 16th December. So happy & excited to be associated with @jjustmusicofficial and @JackkyBhagnani. This is one of my favourites! Cant wait!! @sunnyvikmusic @rajfatehpuria @navjitbuttar @goldmediaa WAHEGURU JI 🤗

This comes after his latest hit single ‘Mitraa’ and the announcement of his role in the upcoming film ‘Sufna’, which will be released early next year.

‘Haaye Ve’ will be released this Saturday, 16th December. Until then, check out the video to Ammy’s latest hit single ‘Mitraa’ here: