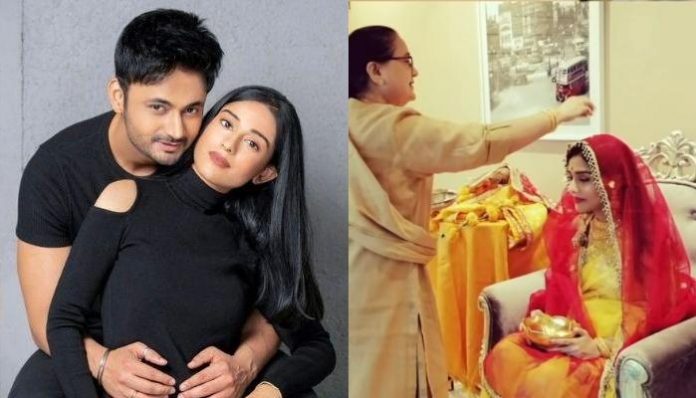 Godh Bharai ceremony is one of the most significant rituals performed during the seventh month of a woman’s pregnancy. It is believed that the ritual brings abundance and happiness to the lives of the mother as well as the baby. In Indian culture, it is a vital ceremony performed in the honour of the mommies-to-be, and it is celebrated with lots of fun.

Bollywood actress, Amrita Rao, too, had her baby shower at her home. However, being a private person, she didn’t share any pictures from the same on her IG handle. Amrita and her hubby, RJ Anmol had started their YouTube series, Couple Of Things. In which the couple has been sharing unheard stories from their lives with their fans. For the unversed, Amrita Rao and RJ Anmol were blessed with a baby boy on November 1, 2020, whom they have lovingly named Veer.