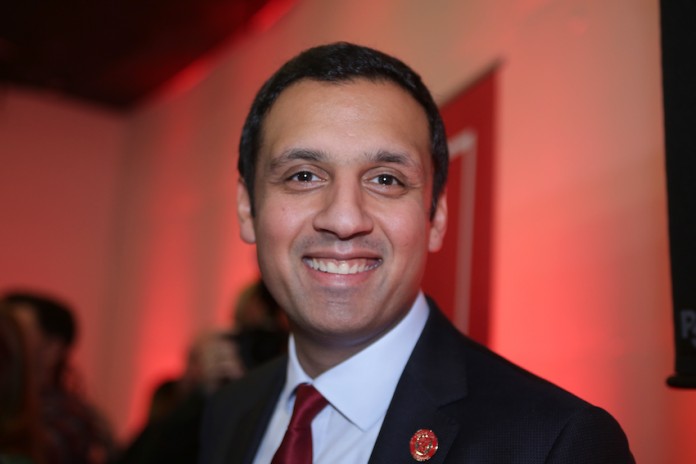 Anas Sarwar has been elected the new leader of Scottish Labour, replacing Richard Leonard who led the party for three years.

Sarwar, a Glasgow member of the Scottish parliament (MSP), succeeds Richard Leonard who resigned in January.

The move comes ahead of an election for the country’s devolved parliament in May.

“I want to say directly to the people of Scotland — I know Labour has a lot of work to do to win back your trust because if we’re brutally honest you haven’t had the Scottish Labour party you deserve,” said Sarwar.

Anas Sarwar became a member of the Scottish Labour party at the age of 16. His dad, Mohammad Sarwar, was the UK’s first ever Muslim MP and held the Glasgow Central seat for Labour between 1997 and 2010 – until his son Anas succeeded him.

Graduating from the University of Glasgow, Mr Sarwar worked as a dentist in Paisley for five years prior to becoming a MP.

The 37-year-old was the Glasgow Central MP from 2010 to 2015 and was firmly in the Gordon Brown camp of New Labour.

Mr Sarwar took an active role in the pro-Union campaign leading up to the 2014 independence referendum, touring Scotland in a bus with No activists.

According to BBC, Anas Sarwar has been a member of the Scottish Labour party since he was 16 and is not the only one in his family with political ambitions.

The BBC said he had an “unsuccessful leadership bid in 2017” after which he claimed “one councillor had told him Scotland would not vote for him because of his religion and the colour of his skin”.

“Sarwar’s most high profile role as an MSP (Member of Scottish Parliament) was as Scottish Labour’s health spokesman and he played a key role in the concern over safety issues at Glasgow’s Queen Elizabeth University Hospital which led to a public inquiry,” the report stated.

Taking to social media, Mr Sarwar posted a video giving his first statement to the public as the Scottish Labour Leader. He tweeted: “It is the greatest honour of my life to be elected leader of @ScottishLabour.

I will be a leader that focuses on what unites us as a country – not what divides us.”

It is the greatest honour of my life to be elected leader of @ScottishLabour.

I will be a leader that focuses on what unites us as a country – not what divides us. pic.twitter.com/Gu08Sx0TNl

The Scottish Labour Party took to Twitter to congratulate Mr Sarwar on his appointment, tweeting: “Congratulations to our new leader @AnasSarwar . Let’s unite and rebuild our country.