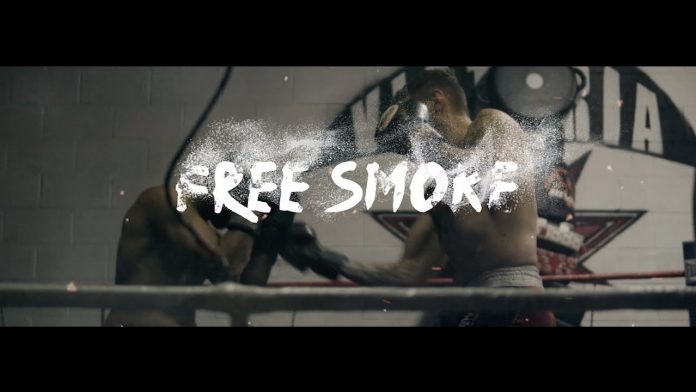 AP Dhillon and Gurinder Gill have been a duo that has received a lot of love from western listeners, thanks to their ear for musical genres, whether it be ’90s boom bap, in the case of releases like ‘Majhail’; trap, in the case of ‘Fake’; ’80s synthwave, as we’ve seen with the recent ‘Excuses’; or even Chicago drill, as with ‘Free Smoke’ — the focus track of this music review.

Although the production has not been anything ground-breaking, AP Dhillon and Gurinder Gill have demonstrated that Punjabi music doesn’t need to be tied to the chaal rhythm to be ‘Punjabi’. One thing they’ve done very well is arouse an interest in the words they utter in their songs, which to the average listener — especially those in the west — are not so easy to grasp the meaning of.  The poetry in their songs is generally quite deep, mixing advanced Punjabi with English words occasionally injected to keep the listener on their feet; this code-switching way of writing lyrics that bounce between English and Punjabi has made for a very enjoyable listening experience, one which has sparked an interest in me to brush up my own Punjabi-speaking skills to better understand what is being said. Words like ‘sharyam’, or phrases like ‘Ganga taar’ were admittedly not in my vocabulary previously, but AP Dhillon and Gurinder Gill’s songs have been so catchy that after a few listens, you just want to amplify the enjoyment you get by finding out the intricate meanings that you initially skip over like the hi-hat does over the kick and snare in drill music.

On ‘Free Smoke’, AP Dhillon and Deep Dhanju pen an ode to those they feel wronged by line-after-line. Thematically, it’s a continuation of the gang-centric subject matter covered in previous songs like ‘Most Wanted’, but this time it feels more personal as they’ve gained more mileage in the music industry, addressing the dissenters within it, and those that make baseless claims about them in comment sections. In the third verse, Gurinder Gill comments on how some people have a bad habit of quarrelling, whom he warns of silencing swiftly. You hear echoes in these lines of gangster rappers like 50 Cent or even the late Pop Smoke, who were not alien to confrontation if provoked, having had real run-ins with the police. Several times in the Run-Up Records discography there have been lines sung about being civil and willing to negotiate disputes before warning to resort to violence; in ‘Free Smoke’, AP Dhillon says in the first verse that if the gears become stuck, then he will set afloat bodies on the Ganga river. I do feel that there’s a case of the bark being worse than the bite with lines like these, though, since it seems that such songs are only comparable to those of 50 Cent or Pop Smoke in style.

Still, I would love to hear more tracks like ‘Free Smoke’ — that combination of drill and Punjabi singing has a lot of potential to offshoot into its own sound if producers focused on developing it. The Punjabi language is frequented by a lot of plosives like ‘b’ and ‘p’ that suit these types of hard-hitting beats and ‘Free Smoke’ is a testament to that. Vocally, AP Dhillon and Gurinder Gill aptly display the grit needed for a drill beat, transforming stray words into believable ultimatums to their enemies.

Production-wise, I really liked how AP Dhillon — who mixed and mastered the track — layered the main vocal track with a supporting background vocal track which features a higher-pitched and reverbed vocal performance of the same lines to really drive the emotion home; Gurinder Gill especially knocked it out of the park in the chorus just before the breakdown section at the end of the track, using all his energy to bring the track to a crescendo. It’s characteristics like this that made ‘Free Smoke’ a lot more emotionally-charged than its sibling ‘Most Wanted’; though, both tracks have their merits.

The whole song is a beautiful combination of loose vocals blending seamlessly with this thick, sinewave bass synth that’s pitched a few notches higher and, like the vocals, loosened with reverb. The main bass of the track is also very active throughout the beat with regular bass slides inserted, making it the main culprit for the high energy that this track carries in the lower-end. Good game to producer Manu: the author of the beat.

In conclusion, Punjabi hip hop forefather Bohemia paved the way for the next generation of Punjabi artists with a sweet tooth for hip hop to freely forge styles of their own, and that effort has not gone to waste when observing Run-Up Records.