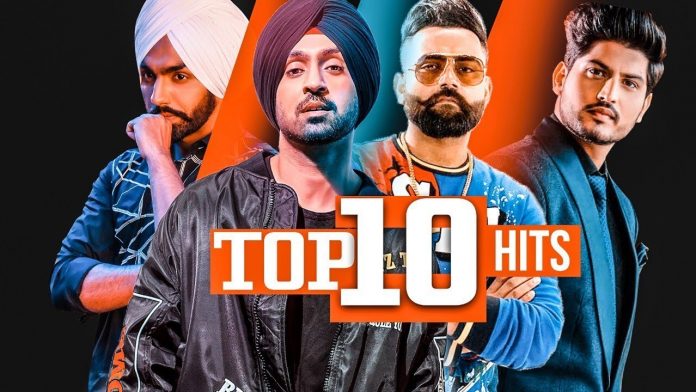 For a large portion of us, our experience of the Punjabi sound was by proxy of the music that would play through our living room stereo as we ran to start the TV after school. We’ve long been familiar with the chaal rhythm of Punjabi percussion that would fill a Friday night of birthday celebrations, but as we ascended the school ranks, the pressure to listen to English music so we could talk about it with our mates on the playground became increasingly insurmountable. To be fair, some big tunes were coming out back then as we’d cram around the only computer in the classroom to listen to the latest 50 Cent song pirated from a hamfist music website…

As we aged into late adolescence and early adulthood, the need to reconnect with our roots gradually sprouted, causing us to consume the old school Punjabi songs we vaguely remembered our parents listening to, before graduating to the current-day hits emanating from Punjab. Personally, it was the Shaheed Udham Singh movie that acted as the entry-point into the Punjabi music genre. The soundtrack of that entire movie aroused sheer pride in our nation and its martyrs with songs like Jazzy B’s ‘Udham Singh’ and Gurdas Maan’s ‘Ishq De Baazi’. There’s one scene in particular that really makes you long for returning to Punjab; it’s the one where Udham Singh is shown lying dormant in his prison cell, before being escorted to his hanging with Jagjit Singh’s solemn ‘Sassi’ playing in the background. I wondered how much love would one have to have for their nation to accept death as a trivial cost of pursuing vigilante justice, on behalf of those bystanders that were massacred with the swift gesture of the hand as inconsequential to the Colonel as if he were merely calling a waiter?

Our motherland, for reasons beyond the grasp of the conscious mind, has a gravitational pull on our souls, which fosters an inborn love for the soil that birthed our nation and makes martyrdom a simple choice of duty. It’s also why those of us who were born outside of South Asia feel compelled to connect with its culture, so as to regain a piece of our identity that had been disconnected when our ancestors spent bleak nights adrift in the black expanse of the sea while en route to a foreign country. Umair, a Manchester native, recalled his difficulty in embracing his parents’ Pakistani culture growing up and the importance of music in hydrating that interest:

“I remember listening to ‘Kabhi Kabhi Mere Dil Mein’ in my mother’s bedroom as a child and being in awe of the voice of the singer and begging my mother to explain what she was saying. Since childhood, I had never fully embraced where I was from. Whether it was hesitating to say my name because people wouldn’t know how to say it or drowning in embarrassment when I had to wear my shalwar kameez [cultural clothing] in public. As I grew older, though, I found that the only connection I had with my heritage was music. I gradually picked up eastern artists and gave them a shot because of my family’s and friends’ recommendations; I began to realise that culture isn’t something to be embarrassed about. If something so beautiful such as a Nusrat Fateh Ali Khan Qawwali exists from my homeland, then why did I ever even think that having a name that isn’t normal is in some way inferior? I cannot thank music enough for being a gateway into discovering the true value of belonging.”

That image of being adrift in the water is a fitting metaphor for what many descendants of immigrants have felt culturally, not knowing how to integrate two polar-opposite cultures with equally different values into one, congruent lifestyle. The problem is exacerbated for those that don’t know how to speak their mother tongue, which is becoming more prevalent as less third-generation immigrant children generally speak their ancestral language than their first or second-generation counterparts. Ranveer, a British-born devout Sikh cited the language barrier as the main obstacle when getting into Punjabi music:

“The reality is that the disconnect from our roots leads to us wanting to listen to the music of our motherland. But that traumatised disconnect is laid even deeper when we go to listen and we can’t understand it because we haven’t been given the [lingual] tools to navigate our culture effectively.”

On an international level, you have TV channels like BritAsia TV curating the best music that’s coming out from South Asia to keep the culture alive on this side of the equator.

The internet has assimilated cultures that are otherwise distanced by whole continents into the same melting pot, and so it’s much easier to stay in-tune with Punjabi artists not only because their music and lifestyle is available on-demand, but also because they’re wholeheartedly embracing the hip hop sound that’s been radiating from the west, both in their production and in their verses as splicing English words into an otherwise Punjabi song has become commonplace. Beant, a promising Punjabi rapper from Leamington Spa, disagrees that Punjabi music was dying down in the west; if anything, he says that the genre and the community are thriving:

“Punjabi kids are not dissenting from Punjabi music. Artists like AP Dhillon, Sidhu Moose Wala, and Amrit Maan are almost completely rejected by older generations. It’s the Punjabi youth who are paying to see these artists and streaming their music, so definitely not.”

Although mixing genres has led to the buoyant success of Punjabi music in the last decade, this practice is by no means a new thing; for example, American rappers featured on Punjabi songs in the 2000s which drew an international audience, but despite this, there just was not enough of an immediate community available in the infancy of the internet to keep in-touch with that sound regularly. Further, releases tended to be spaced out between whole lifespans of albums with little updates on what was coming next, making it easy to fall out of the loop. Now, artists are constantly posting to social media and releasing singles before you’ve had time to pull the Aux out, simply because platforms like YouTube have allowed an online community to form in bulk. It’s due to these platforms that releasing lots of singles in-between albums has become a more lucrative business model — even more so when considering that the infrastructure of streaming services necessitates a high volume of streams and thus a high quantity of music to generate maximum revenue.

A busier release schedule comes at the risk of less innovation, however, with the market for type beats skyrocketing simply because it’s more efficient than creating an altogether new sound, but it also means that there’ll be more — albeit similar-sounding — tracks to listen to. Whether or not that turns out to help or hinder Punjabi music’s evolution, though, will be down to the quality of output coming from the current batch of rising Punjabi musicians.

Whatever the case may be, these artists have millions of potential listeners at the receiving end of their WAV files; so, to answer the question: Punjabi music in the west is not dying in the slightest.