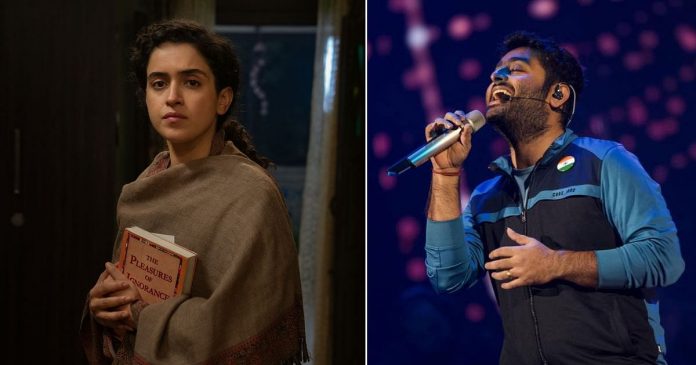 Renowned sultry singer, Arijit Singh is to make his debut as a composer on Netflix’s upcoming Pagglait starring Sanya Malhotra.

After making his mark in the Hindi film industry with several mellifluous tracks, Arijit Singh has now transitioned to composing and will be providing music for the upcoming Netflix film Pagglait starring Sanya Malhotra.

The Tum Hi Ho hitmaker took Instagram to share the news with his fans and followers in an official statement. He expressed his gratitude to several people in the all-text video statement including Neelesh Misra, who wrote the lyrics for the songs and director Umesh Bisht. Singh also wrote that he is dedicating his first album as a composer to legendary musician AR Rahman – a long term inspiration.

Speaking about the development Singh said: “I make my debut as a music composer with a project very close to my heart. I am honoured to serve music to the world. The endearing story of Sandhya of self-belief and triumph is much like my musical journey and I feel honoured to be associated with a special film like Pagglait.’’

Pagglait is a story of Sandhya, played by Sanya Malhotra, who is struggling to mourn the death of her husband. As events unfold, Sandhya sets onto a path of self-discovery, attempting to find her identity and purpose in life – all this while living amidst the quirky members of her joint family.