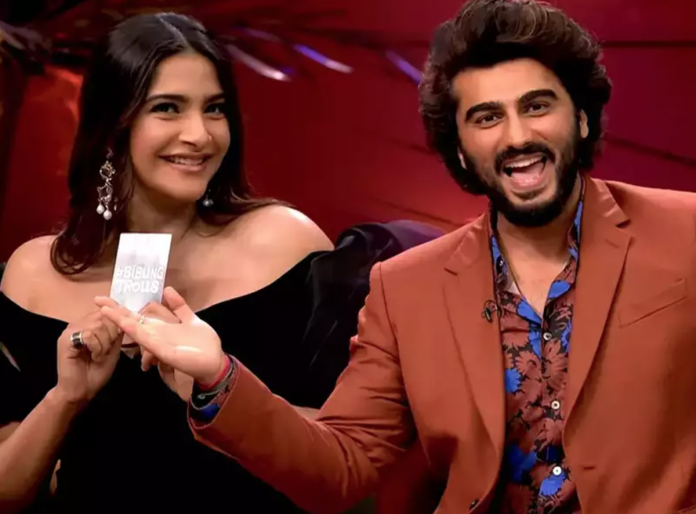 It is going to a sibling special episode on Koffee With Karan season 7. Arjun and Sonam Kapoor will share the couch and dish out hilarious details about each other. Sonam Kapoor is known for stirring controversy with her candid statements in the past seasons while Arjun Kapoor has become the new ‘mascot’ of the season with several stars calling him during the rapid fire round.

During their appearance on KWK, Arjun narrated an interesting incident when he turned the protective brother for Sonam. The actress revealed that she was once asked to leave the basketball court in school by a bully and she inadvertently turned to her elder brother for recourse. Narrating what transpired later, Arjun said, “I went up to him, telling him how can you talk to my sister like that. I imagined it would be like Shah Rukh Khan in Josh where two gangs fight but I just got socked in the eye! I had a black-eye and I got suspended because I abused him.”

On the show, host Karan Johar also questioned Sonam about how many friends of hers has Arjun slept with. To which, Sonam, looped in her real-brother Harshvardhan Kapoor, replied: “I am not discussing it, between my brothers there’s no one left.” Arjun was quick to retort, “What kind of sister are you, what are you saying about us. Why does it feel that I have been called on this show to be trolled by Sonam.”