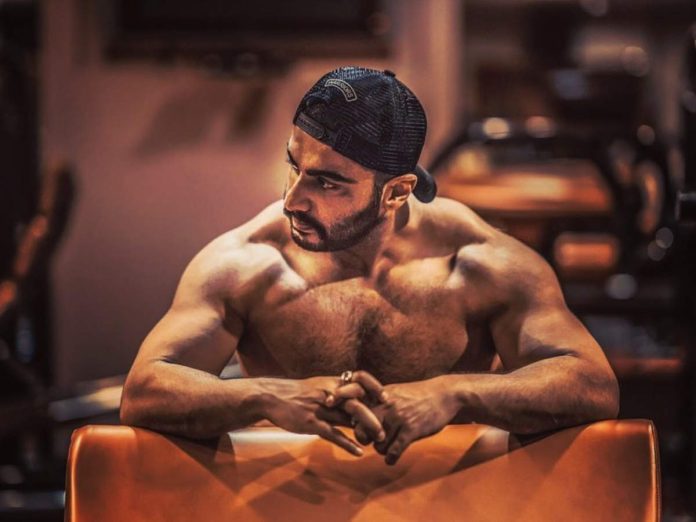 rjun Kapoor is set to complete a decade as a Bollywood actor.

But he has more than one reason to celebrate in 2022.

The actor, who has been working on his fitness, is proud of the transformation that he has achieved in the past 15 months.

The actor on May 9, 2022, posted two photos of himself. In the first picture, Arjun is seen flaunting his perfectly chiselled body.

Sharing the picture, Arjun Kapoor wrote: “15 months of being #workinprogress!

“Felt cute and definitely won’t delete it later because I’m immensely proud of this journey.

“Must admit that it was very tough to stay on course, and it still is, but I’m loving the state of mind that I’m in for these past 15 months. I hope it stays the same.

“My #MondayMotivation is now me and not others on the gram loving themselves.

“It’s been a while since I have felt this way!! This is me, this is who I am (chest hair included)”.

Karan Wahi wrote: “So much to be proud of brother. More power to you.”

Ranveer, who is busy promoting Jayeshbhai Jordaar, wrote “Haye garmi” in the comment section of the post.

Many of his followers and friends called him “inspiring.”

In 2021, during a show, Arjun Kapoor revealed how he weighed 150 kgs at a point in his life, which caused several health issues:

“It reached a point where I developed asthma, I developed injuries because of it and I reached 150 kgs by the time I was 16 years old.”

Arjun recalled on Star vs Food, adding that he looked at food for comfort:

“I got caught up in the way I felt emotionally so I started eating and then I enjoyed eating, and fast food culture came into India at that point of time and fast food is ‘fast food’, so you can go after school and keep eating.