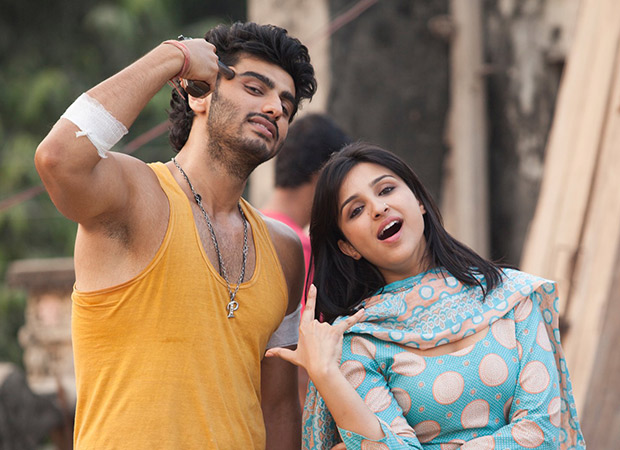 Arjun Kapoor made his acting debut 10years ago today with the film Ishaqzaade. The film directed by Habib Faisal was backed by Yash Raj Films and marked Paineeti Chopra’s first film in a lead role. As the film completes 10 years today, Arjun took to his social media handle to pen a note of gratitude and reflected on his journey.

Arjun Kapoor’s debut film Ishaqzaade completes 10 years- “Thank you everyone for making an under-confident kid believe in himself” Sharing some stills from the sets of Ishaqzaade, Arjun wrote, “10 years of living and breathing Hindi cinema every second of my life. Truly indebted to Adi sir, @yrf and my director #HabibFaisal for giving me #Ishaqzaade – a movie that turbo-charged my dream to be a Hindi film hero! A big thank you to @parineetichopra for being the most amazing first co-star one could ever get. Last but not the least, also thankful to @shanoosharmarahihai for finding and helping me audition for Yash Raj Films.”

Saif Ali Khan talks about people who boycott films; says they are not ‘genuine audience’