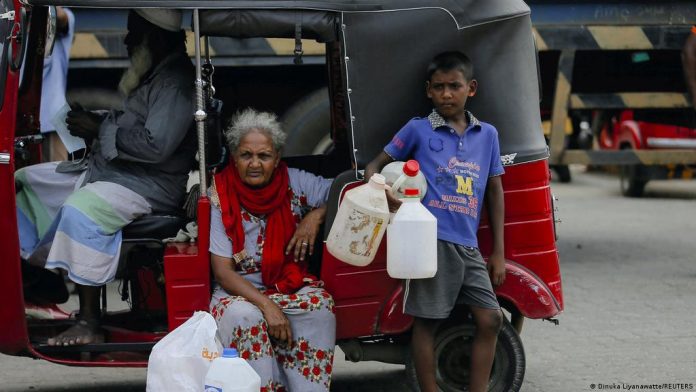 Government restricting sale of fuel for essential services means less work for people who depend on daily wages for livelihood.

Sri Lanka restricted the sale of fuel on Monday, providing it only for essential services till the 10th of July. The desperate move was taken as the island nation has run short of foreign currency to buy fuel.

Local resident, Lechchami states: “There is no other option for us. We must work to buy food for the day. We are trying to survive. There is nothing else to do”.

Sri Lanka is facing its worst economic crisis in more than 70 years, with its economy shrinking by 1.6 percent in the first quarter of this year, according to official data.

The country has defaulted on its $51bn foreign debt and is now holding bailout talks with the International Monetary Fund (IMF).

Inflation hit a record 45.3 percent last month while the rupee depreciated more than 50 percent against the dollar this year. The shortage of foreign currency required to import fuel, fertiliser and other essentials has had a devastating effect on the country’s economy.

Protesters have been demanding the resignation of President Gotabaya Rajapaksa over the government’s handling of the crisis for months. The other two powerful Rajapaksas – Prime Minister Mahinda Rajapaksa and Finance Minister Basil Rajapaksa – have resigned.

The United Nations World Food Programme says 22 percent of Sri Lanka’s population is “food insecure and in need of assistance”.