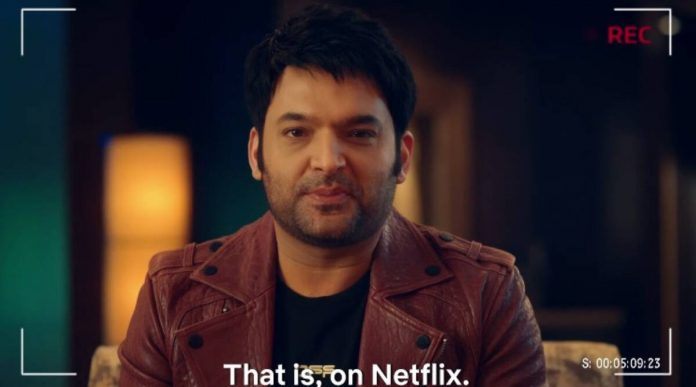 Comedy king Kapil Sharma has announced the ‘auspicious’ news that he will be making his Netflix debut.

Before making the official announcement, Sharma took to social media with a primer to prepare fans for imminent and ‘auspicious news’. He tweeted: “Tomorrow I will share a शुभ समाचार matlab ek “auspicious” news.”

The tweet was met with much anticipation and led to speculation that Sharma would be announcing his second child. However, he was soon able to quell the canard when he took to social media to share a tongue-in-cheek video about his Netflix project.

Sharma tweeted: “Don’t believe the rumours guys, only believe me. I’m coming on @NetflixIndia soon. this is the auspicious news.” In the video, the comedian can be seen rehearsing his dialogues to make the announcement.

Don’t believe the rumours guys, only believe me. I’m coming on @NetflixIndia soon 🤩🥳 this is the auspicious news 🙏 pic.twitter.com/wkdJgOXfrx

In the video, Sharma makes a comical attempt to pronounce the word ‘auspicious’ and in failing to do so, the director suggests recording the clip in Hindi instead.

A relieved Sharma replies, “Really? Well, anyway, I was almost prepared with English. But that’s okay. If Netflix themselves are so Indian, what’s the need for me to forcefully speak in English? So I will be coming on your TV, laptops and phones, that is on Netflix. This was the auspicious news.”

Speaking about his association with Netflix, Sharma said in a statement, “I am super excited for my first-ever association with Netflix. 2020 has been a bumpy ride for everyone around the world and my motive is to make people forget their worries and welcome this new year with love, laughter and positivity. I always wanted to be on Netflix but I didn’t have their number (laughs). It’s a project close to my heart and I cannot wait to share more details with my fans soon.”

Sources indicate that the team are ironing out details of the project and there is no clarity whether it will be a series or a one-off special. Specifics of the show are yet to be announced so stand by for updates on BritAsia TV.