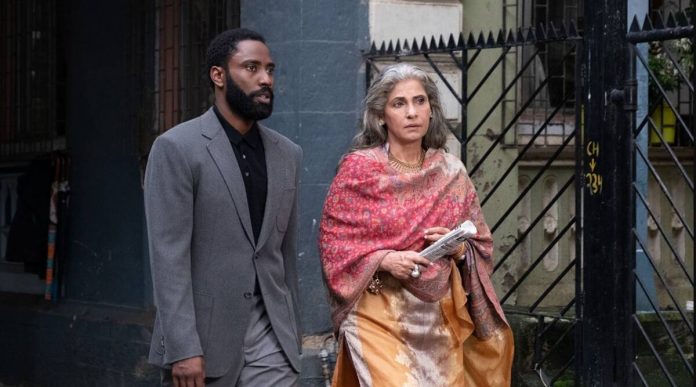 Despite a tentative theatrical release as a result of the pandemic in 2020, Tenet opened to an impressive response from critics and movie goers and above all, one that yielded much inquisition.

As a result, Christopher Nolan’s most mind-bending project to date became one of the most talked about films of 2020 and people are still talking about it. For those who were unable to witness the spectacle on the silver screen last year, can now participate in the inquiry that follows the film, direct from home.

Equipped with only one word—Tenet—and fighting for the survival of the entire world, The Protagonist (Washington) journeys through a twilight world of international espionage on a mission that will unfold in something beyond real time.

Nolan is recognised for keeping story details close to the vest, preferring audiences to discover the twists and turns of the plot as they are revealed on the big (and now small) screen. At the time of release, Nolan described the film as an “espionage thriller with a Protagonist at its heart, who is inducted into a more-secret-than-secret organisation known as Tenet.”

He added that the story “takes on ideas of time and how we experience it—interacting a science fiction component with the classic elements of the spy genre.”

Nolan revealed Tenet was a concept he had been contemplating for a while, noting: “I think, as a filmmaker, you have a set of ideas—things in the back of the drawer that can take decades to come to fruition. The time has to be right in all kinds of ways. For me it was a combination of wanting to get back to a broader sense of filmmaking, following ‘Dunkirk,’ and taking audiences around the world to more places than we’d ever been.

“I also felt ready to take on the spy genre, which I’d always intended to do. I grew up loving spy movies; it’s a really fun and exciting branch of fiction. But I didn’t want to do this type of film unless I felt I could bring something fresh to it. The simplest way to explain our approach is to say what we did with Inception for the heist genre is what ‘Tenet’ attempts to bring to the spy movie genre.”

At the time of initial release, actor Hrithik Roshan was enamoured by veteran actor Dimple Kapadia’s performance in the film who plays Priya Singh. He took to Instagram Stories to share an image of the co-stars side by side and wrote: “Hers is unmistakably one of the best performances by an Indian actor in an international film. Just brilliant!!!! The charm, the power, the poise, the seductive eyes, Dimple aunty you are something else! Go see Tenet for HER.”

Kapadia, who was uncertain about taking up the role at first, has now called the Tenet a life-changing experience. In an earlier interview with PTI  she said: “I think doing Tenet has really changed my life. I was always a reluctant actor, I kept putting things off and not doing them. But Tenet has really changed that for me. I’m raring to go now. I want to do a lot of work now, good work.”

She said Nolan made things easy for actors. “It was so fantastic and unbelievably easy to slip into [the role]. [Nolan] made it so easy for me to get into it. It was a dream world and I wish I could get that better.”