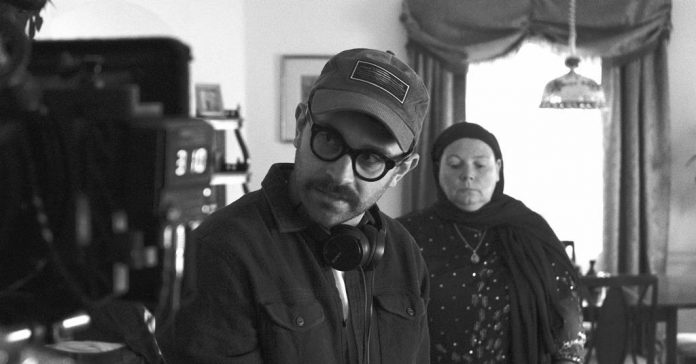 Joanna Scanlan received a BAFTA in the Leading Actress category for her performance in Aleem Khan’s drama, After Love.

Scanlan, whose performance as Mary earned her Best Leading Actress, was among five nominees including: Lady Gaga for House of Gucci, Alana Haim for Liquorice Pizza, Emilia Jones for CODA, Renate Reinsve for The Worst Person in the World and Tessa Thompson for Passing.

Upon accepting her award, Scanlan acknowledged the BAFTAs before thanking Khan and his mother, Fazia Khan who was also in the audience.

She began, “Aleem Khan wrote this film. He directed this film. And I want to say to his mother, his inspiration, Fazia, is my inspiration as well, Fazia Khan.

The BAFTA-winning actress continued, “This film is made with extreme love… blood sweat and tears. That is what it is like,” she added. Before thanking the BBC, BFI and the Lottery for “helping small films get made”.

In a synopsis shared by Curzon, After Love follows Mary Hussain (Scanlan) who is devastated by the news that her husband, the captain of a ferry, has died. But no sooner has she sorted out his funeral she begins to suspect there was more to his life than he let on. Just across the English channel, Ahmed (Nasser Memarzia) was living another family life with Genevieve (Nathalie Richard) and their son Solomon (Tarid Ariss). Stunned, Mary decides to find out who this woman is and why she wasn’t enough for Ahmed.

Khan’s poignant portrayal of relationships explores how far one will go in order to seek truths about those we love and the consequences of that knowledge.

In December last year, Khan won British Independent Film Awards (BIFA) for the direction and screenplay of After Love, which also won the best film award.