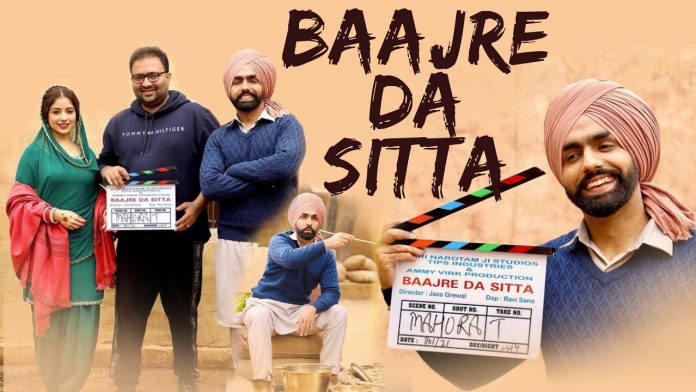 Over the years, Punjabi filmmakers have shown the courage to come up with stories that hit where it hurts the most. An example is the soon-to-release Punjabi drama – ‘Bajre Da Sitta’. When the movie was initially announced, it appeared more like a normal rom-com; however, today as the trailer of the same came out, it took everyone by surprise.
Set in the 70s-80s, this period drama starring Tania, Ammy Virk, and Noor Chahal, is all about little hearts dreaming big, only to finally see their dreams breaking into pieces.

Story
Tania and her sister Noor Chahal are blessed with beautiful vocals, which attracts a label owner. He requests the family of the girls to give him permission to record the young talents. The family agrees, but since it is set in a time when people didn’t have such a progressive approach, the singing of the girls didn’t go down well with the society. People started criticizing the girls and their family. Amid all this, comes a time when Tania gets a marriage proposal from Ammy Virk, and the fate of her singing career then falls in his hands. Ammy decides that he doesn’t want his wife to sing at all. He doesn’t even let her sing in the house and warns her that if she ever tries to sing again, he will drop her back at her parent’s house.

Things to look forward to
Ammy Virk and Tania have always been seen as a perfect couple on the screen. However, in this movie, their equation has layers to it. This time they are not going to show us only a rose-tinted window, which will be interesting to witness. Also, if we talk about their work as individual artists as well, their acting in the trailer itself has colored all impressed.

Further, Noor Chahal is making her acting debut with the film. She already enjoys a nice fan base when it comes to singing, and from the trailer, it appears that it would be delightful to catch her on the acting front as well.

Not to forget, the movie also has artists like Guggu Gill, Seema Kaushal, Nirmal Rishi, and B N Sharma, who are famous to own the screen with their work.