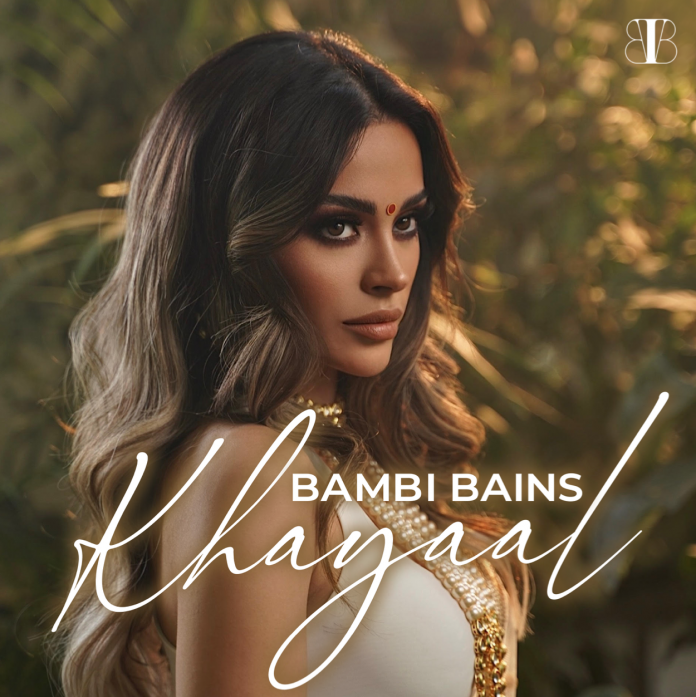 After the global success of Retro Rarri and Duniya, Bambi is set to release her third official single Khayaal.

“I want people to know that I’m just an everyday girl. We all go through life making mistakes and sometimes with love its not that easy. I’m a romantic at heart and I wrote this song to convey a feeling that I once experienced. This song was written drawing from past emotion and it gave me an opportunity to demonstrate my versatility as an artist,” Bains said in a statement.

Bambi Bains is one of the UK’s leading young South Asian singers with over 500,000 followers on social media.

Bains received her first recording contract at age 16 where she released a series of Top 10 hits including Zaalma and Nath Dig Pey. She subsequently went on to feature as the lead female in the British film ‘Road’.