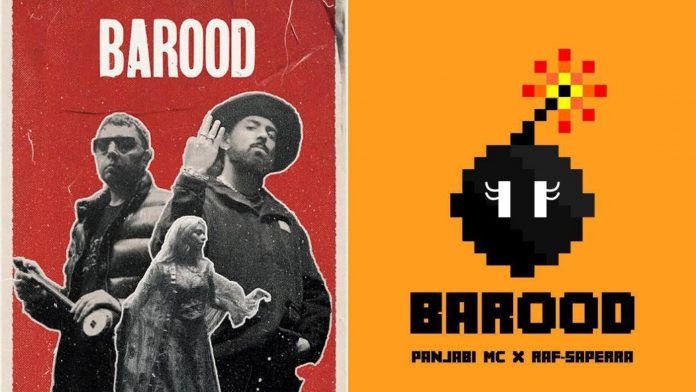 To announce his upcoming single, Raf teased Barood to his followers on social media mid-December by posting a picture of himself with Punjabi MC:

Last week, fans were treated to official artwork for Barood, highlighting those involved with the project.

‘Twas the Night Before Christmas

Music by @PanjabiMC1
Written by Jeet Gill
Sung by Myself (duhh) pic.twitter.com/J3otScNceG

Speaking exclusively to BritAsia TV about the collaboration, lyricist Jeet Gill said: “My experience working with both Panjabi MC and Raf-Saperra was wonderful. Every Punjabi artist wants to work with the living legend, Panjabi MC.

“I am blessed, after Fulvargi this is my second song as lyricist/composer with Panjabi MC. I like writing songs by feeling the vibe of a beat and Barood was also created in the same way.

Jeet continued, “I love the fact that British Punjabi Artists still love to create the pure Punjabi songs which are the theth (pure) kind — like a real folk type. I would love to work in similar projects in the future too.”

Barood is available to stream and download now across all major platforms.