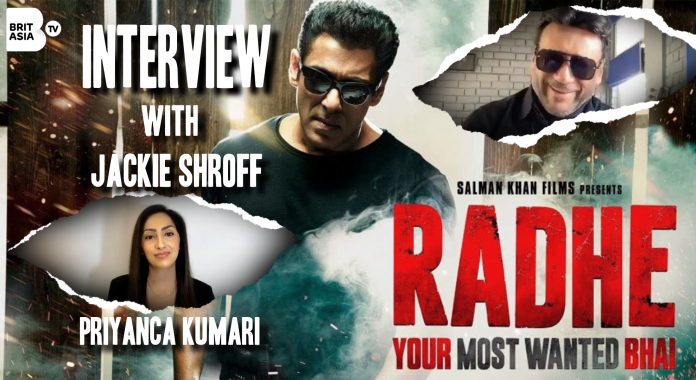 BritAsia TV caught up with legendary actor Jackie Shroff to talk about his latest film Radhe: Your Most Wanted Bhai – releasing in UK cinemas on 17 May.

The core plot of the film is based on the 2017 Korean film The Outlaws. The Hindi-language film, produced by Salman Khan Films in association with Zee Studios centres on the rampant usage of drugs in society and its impact on the youth. Salman Khan stars as Radhe, who is a smart and relentless cop but with a kind heart and lovable personality. How far Radhe goes to bring justice, “clean the city” and restore a semblance of peace in society, forms the crux of the story.

Hear from Shroff as he talks about his pure-comedy role as a police officer, what it was like reuniting with the same cast from Bharat (2019) and take a trip down memory lane as the two reminisce a few golden oldies from the 80s.