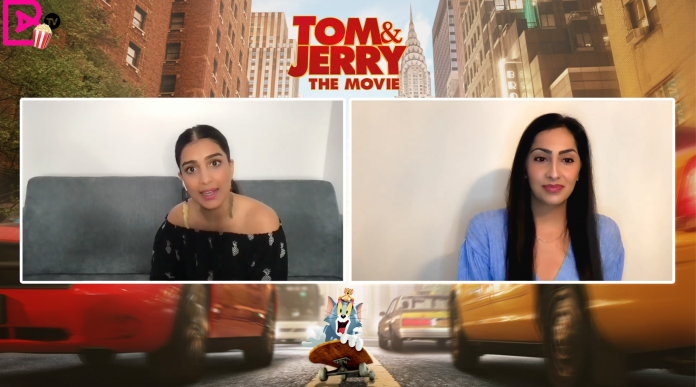 Pallavi Sharda talks exclusively to BritAsia TV about her latest film starring the world famous cat and mouse in Tom and Jerry: The Movie.

It’s the wedding of the century and the dynamic duo are back with more mayhem, in their first live-action animation ‘major commotion picture’ Tom and Jerry: The Movie, available to rent from 25 March.

In the interview, Priyanca Kumari catches up with Australian Indian actor Pallavi Sharda (My Name is Khan, Besharam) to talk about starring in a film with two timeless toons.

Hear from Sharda as she shares some of craziest behind-the-scenes moments on set, reveals what it was like acting ‘alongside’ the classic cartoon characters and why she couldn’t wait to play the role of Indian bride Preeta.

The film is directed by Tim Story (Fantastic Four, Think Like a Man, Barbershop) and produced by Chris DeFaria (The LEGO Movie 2, Ready Player One, Gravity).

Tom & Jerry: The Movie is available to rent at home from 25th March.