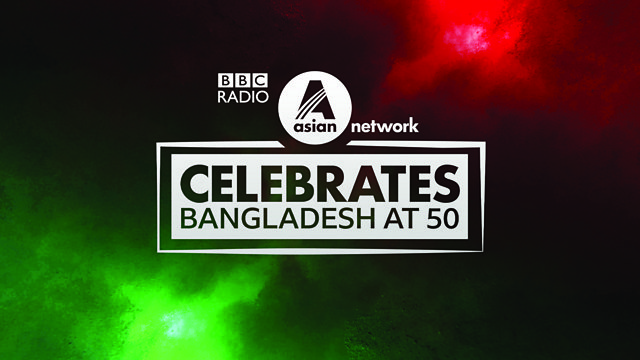 Over the course of a year from 22 March, BBC Asian Network will begin celebrations across radio and TV to mark Bangladesh’s 50th year of independence.

Marking the separation of what was East Pakistan and Pakistan, Bangladesh Independence Day is a national holiday celebrated on 26 March.

On the date in 1971, Sheikh Mujibur Rahman signed a declaration, making East Pakistan the sovereign and independent country of Bangladesh.

A special edition of #NoFilter on Asian Network will inaugurate a year of programming as host Bobby Friction sits down with Queens rapper and Hip-Hop Bangla pioneer Anik Khan.

Anik will speak to Bobby about his immigration journey, growing up in the Desi community in New York and the new wave sound that he’s spearheading around the world. The full interview will air during Bobby’s show on Monday 22 March, 7 – 10pm.

Asian Network will also team up with BBC Three and BBC News for the celebration as the station aims to highlight the UK‘s Bangladeshi history and represent a new generation of young Bengalis among more mainstream platforms.

A joint commission from Asian Network and BBC Three coming to BBC iPlayer this summer, will see British-Bangladeshi comedian Ali Shahalom (Ali Official) go on a journey to find out what it truly means to be British-Bangladeshi today. Ali will hear from fellow British Bengalis, including chef and TV presenter Nadiya Hussain, singer Mumzy Stranger, MP Rushanara Ali and vlogger Rumina Begum to hear about how they got to the top of their game and the obstacles they faced along the way.

Head of Asian Network, Ahmed Hussain said: “As one of the youngest and fastest-growingdemographics in the UK, it’s only right that we celebrate and champion the Bengali story. We’re not only looking back at 50 years of independence but also what is yet to come in the next 50.

“There is still a generation of people who remember the fight for the independence of Bangladesh so we’ll be making sure that that story is told for the world to hear and understand, 50 years on.”