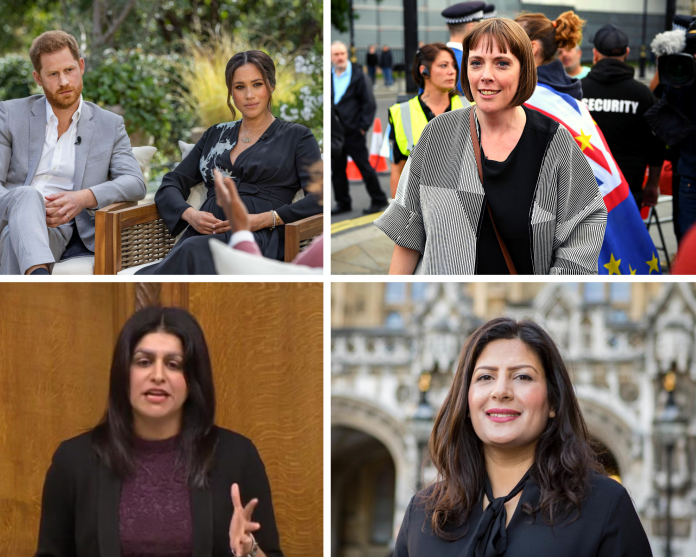 Three Birmingham city MPs who condemned racist media coverage surrounding the Sussexes, have been praised by Prince Harry for supporting his wife, Meghan.

In 2019, Birmingham MPs Preet Kaur Gill, Jess Phillips and Shabana Mahmood wrote to Meghan to express their “solidarity” and condemn “colonial undertones” in some of the media coverage about her.

They were among 70 MPs praised by Prince Harry, the Duke of Sussex, in his interview with Oprah Winfrey – first broadcast on ITV on Monday 8 March, which also coincided with International Women’s Day.

Ms Gill, the MP for Birmingham Edgbaston, Ms Phillips, MP for Birmingham Yardley, and Ms Mahmood, MP for Birmingham Ladywood, signed a letter sent to Meghan “to express our solidarity with you in taking a stand against the often distasteful and misleading nature of the stories printed in a number of our national newspapers concerning you, your character and your family.”

The letter said: “We are calling out what can only be be described as outdated, colonial undertones to some of these stories.”

In the televised interview, Meghan spoke candidly about the impact the negative press placed on her mental health — from the wedding, through to her pregnancy with son Archie. Meghan also revealed distressing thoughts about contemplating suicide, in a stark revelation to both the Institution and the media.

Harry emphasised the support received from MPs, and compared it with what he implied was a lack of support from his own family. He said: “The way that I saw it was, there is a way of doing things, but for us, for this union, and the specifics around her race, there was an opportunity, many opportunities, for my family to show some public support.

“Yet no-one from my family ever said anything over those three years. That hurts. But I also am acutely aware of where my family stand, and how scared they are of the tabloids turning on them.”

Since the interview, Buckingham Palace have said the accusations are “concerning”, but would be addressed “privately”.

In a more recent development, Prince William, who was approached by a journalist outside a school in Stratford on Thursday spoke out for the first time.

During his visit to the school in east London, together with Duchess of Cambridge, the Duke was asked by a reporter: “Is the Royal Family a racist family, sir?”

To which the duke replied: “We’re very much not a racist family.”

Asked whether he had spoken to Prince Harry since the Oprah interview, Prince William said: “No, I haven’t spoken to him yet but I will do.”