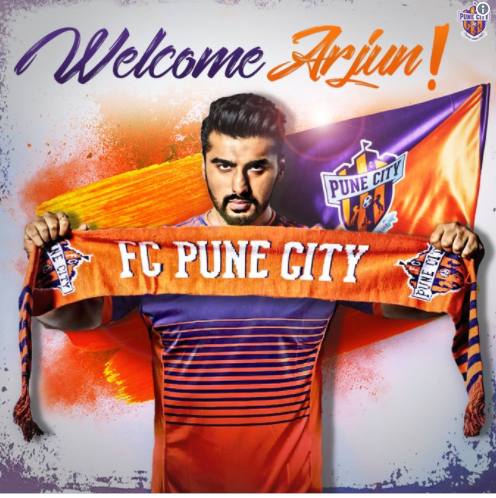 With the ISL starting in a few weeks, more exciting news has just been released.

The actor had been leaving clues across his social media, before teasing his fans with the big news.

The Indian Super League announced that Kapoor will be joining the club’s ownership stating: “FC Pune City welcomes Arjun Kapoor as the co- owner of the club. His involvement with the club will surely give an impetus to us to connect with a larger audience across the state as well as nationally”, said by FC Pune City CEO Guarav Modwel.

Arjun is a football fan himself, and can often be seen with fellow actors such as Ranveer Singh and Ranbir Kapoor at matches.

Arjun joins the ranking of Bollywood stars such as Shah Ru Khan, Abhishek Bachan and Preity Zinta who are also owners of different clubs in the ISL.