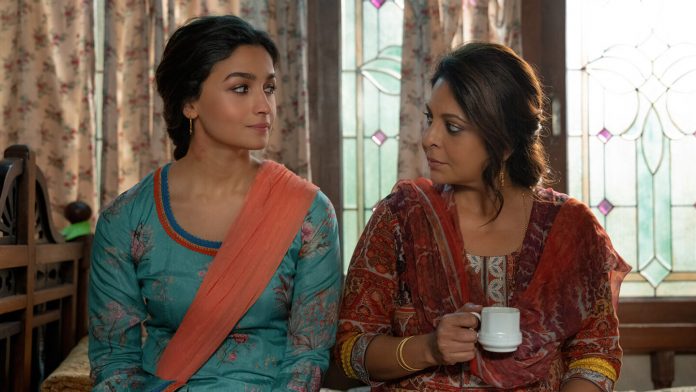 In Netflix’s latest big-budget Hindi movie, “Darlings,” Bollywood megastar Alia Bhatt’s character is given some unexpected marriage advice by her mother: “Add some rat poison in his food.”

It’s one of several drastic ideas the protagonists consider as they confront an abusive relationship and attempt, albeit clumsily, to find a resolution. But for all the comedy in the movie’s twisting plot, the topic it addresses is a profoundly serious one.

For Bhatt, who also served as the film’s co-producer, “Darlings” offered a chance to tackle the issue of domestic violence head on.

“I need to prove a point, as a producer, that I’m not just producing a film for the heck of it,” she told CNN in a video interview from Mumbai. “I have not picked this subject because I could. I wanted to. I chose it and I wanted to tell this story.”

Now among Bollywood’s top-paid talent, Bhatt was the highest-ranking woman in Forbes India’s latest Celebrity 100 list, with estimated earnings of over $7 million in 2019. Some of her most critically-acclaimed performances have seen her portray dynamic, unconventional female characters in troubling circumstances — a kidnapped migrant worker in 2016’s “Udta Punjab” or a woman sold into prostitution before becoming a rights activist in the recent hit “Gangubai Kathiawadi.”

The 29-year-old has also worked alongside some of India’s top female directors in recent years, including Meghna Gulzar and Zoya Akhtar. And with “Darlings” marking a debut for Bhatt’s new production house, Eternal Sunshine Productions, the actor hopes to use her behind-the-scenes role to encourage greater representation in Bollywood.

“I feel — slowly, slowly — from being a very male-dominated room, I (now) see the balance. I see a lot of women,” she said. “And that’s happened over the last 10 years. I’ve seen the change — and it’s getting to a very juicy, exciting time.”

“Darlings” is, in essence, a mother-daughter tale about two women, Badru and Shamshu (played by Bhatt and Shefali Shah, respectively), grappling with abuse. It is a story told largely by women, with first-time director Jasmeet K. Reen also co-writing the script.

The movie, which has been well-received by critics in India, broaches the topic of domestic abuse with considerable care. Reen consciously refrained from showing violence in the film’s early scenes, symbolizing how repeated abuse had become normalized to the point of invisibility.

“I didn’t want to sensationalize it,” she told CNN.

As the violent nature of Badru’s marriage comes to light, so too does the mother-and-daughter pair’s urgency to confront and remove themselves from the abuse. Reen said the lead characters were informed by her own proximity to domestic violence, recounting an instance when her aunt called her to ask whether her husband had ever hit her. The director, who was at first appalled by the question, realized it was neither her marriage nor her aunt that was the problem — but rather a culture where violence is prevalent enough for the question to arise in the first place.