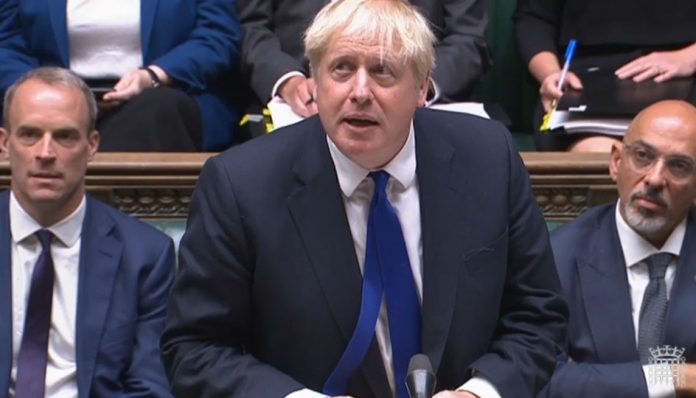 Boris Johnson is under mounting pressure to quit as Prime Minister immediately as he prepares to address the nation and confirm he is resigning as the leader of the Conservative Party.

Mr Johnson has spoken to Sir Graham Brady, the chairman of the 1922 Committee of backbench Tory MPs, and agreed to stand down, with a new leader expected to be in place by the time of the Conservative Party conference in October.

The PM is aiming to serve as a caretaker premier until his successor has been chosen but Tory MPs and Conservative grandees have said he must go now and hand power to an acting PM.

Former schools minister Nick Gibb said “we need an acting PM who is not a candidate for leader to stabilise the government while a new leader is elected” and George Freeman, who resigned as a minister this morning, said the PM should now “hand in the seals of office” and allow the Queen to “appoint a Caretaker under whom Ministers can serve”.

Kwasi Kwarteng, the Business Secretary, suggested he does not want Mr Johnson to stay until October as he said a new leader is needed “as soon as practicable”.