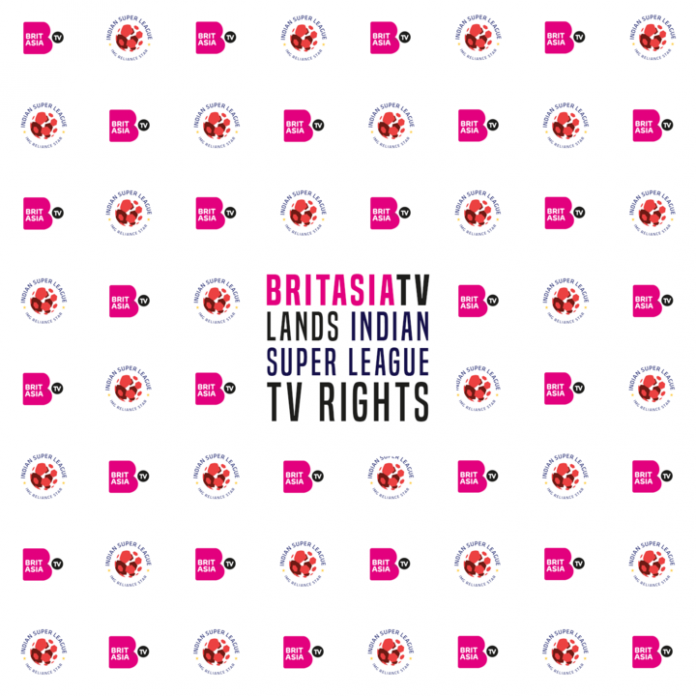 BritAsia TV, a platform leader for British Asian music, entertainment and politics, are delighted to announce they have now secured exclusive rights to show the Hero Indian Super League (ISL) in a multi-year deal on free-to-air UK television.

Widely renowned as one of the most up and coming leagues in world football, 95 games from India‘s Premier Football division will be shown on the channel from 17 November 2017.

BritAsia TV will feature a triple header of games each week, beginning with delayed ‘as live’ coverage from the ISL on Friday and Saturday evenings, followed by a live broadcast on Sunday afternoon.  With the UK’s Asian population now topping 4.4 million, an expectant audience now awaits.

More details of BritAsia TV’s exciting coverage will be announced in due course.

The League this year will feature a number of familiar faces to football fans from the UK, amongst those former Ireland and Tottenham legend Robbie Keane will be wearing the shirt of reigning champions Atletico de Kolkota whilst former England and Manchester United Wes Brown is due to line up for Kerala Blasters.

BritAsia TV, which has been broadcasting on Sky TV channel 824 since 2008, is now available on Vision TV Freeview (channel 264), online at VisionTV.co.uk as well as Virgin TV (channel 840).  BritAsia TV will shortly be introducing itself on both the Amazon Prime, Smart TV and Apple TV platforms via online streaming service Yupp TV, making its potential reach enormous and accessible to all.

“BritAsia TV is a strong household brand amongst the Asian community and we’re keen to support and promote the cultural identity and voice of British Asians.  The acquisition of the India Super League rights will open up a new audience to our station as we head towards our tenth anniversary.

“Free-to-air football is a rarity these days and we’re delighted to bring one of the world’s most up and coming leagues to the masses.”

The deal was brokered by Birmingham based sports agency Sporting Group International.