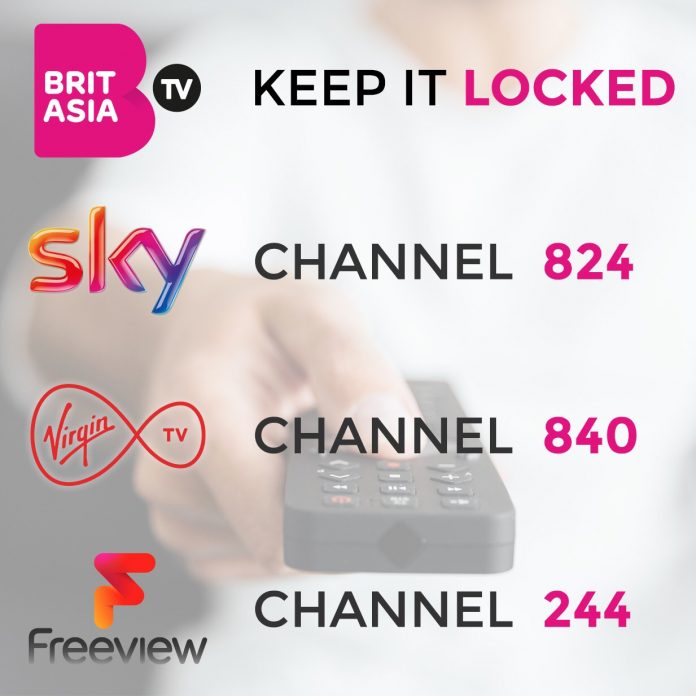 BritAsia TV has increased its audience potential significantly after launching on Freeview with Vision 247.

The popular Asian channel can now be viewed on the Vision TV Freeview channel 244, as well as online at VisionTV.co.uk.

BritAsia TV, which recently launched on Virgin TV channel 840 and has been broadcasting on Sky TV channel 824 since 2008 is the platform leader for British Asian music, entertainment and politics. Offering original programming that celebrates the achievements of the British Asian community in music, politics, art and fashion, the station’s broadcast remit also includes documentaries, entertainment shows, and live music sessions, showcasing the best of British-born Asian talent.

Petra Oblak, CEO of Vision TV, said: “We are very excited to be working with BritAsia TV to increase their reach to a new connected audience, both on Freeview and Vision247’s mobile apps and web portal. We at Vision247 have always been huge advocates of Asian broadcasters here in the UK and abroad and pride ourselves on providing innovative and cost effective distribution services, which allow maximum engagement with their target audience.”

BritAsia TV is now the 29th station to join the line up with Vision TV, adding to the channel’s existing Asian TV roster which includes Urdu1 Europe, British Muslim and the Islam Channel.

Tony Shergill, CEO of BritAsia TV, added: “BritAsia TV is currently going from strength to strength with the launch on Virgin TV and now Freeview. I’m looking forward to bringing our fantastic programming to even more of the British population.”

BritAsia TV has also been partnering up with the likes of the ‘Chelsea FC Asian Star Event’ that aims to increase the channels brand visibility and showcasing the channels passion for the Asian Community and celebrating upcoming talent.

BritAsia is committed to representing and highlighting the achievements of the British Asian community. Whether that be through art, sport, politics, music or discussion, the channel has offered a platform for over a decade to showcase the success and the skills of individuals with Asian heritage.