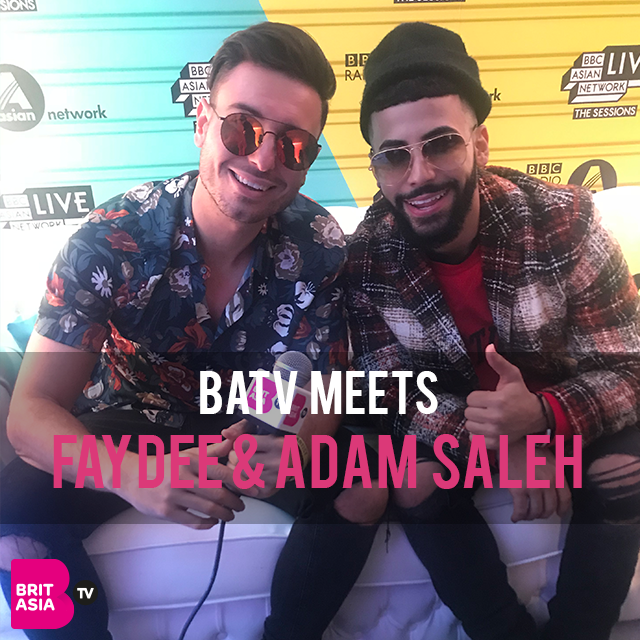 Faydee is a singer from Australia, who was discovered at the age of 19, and since then his fame has grown around the world.

In 2014, he released a song called ‘I Need Your Love’, which featured singer Shaggy, that went on to take the charts by storm. It reached No. 36 in the official UK charts, and climbed on the Billboard hot 100 chart.

Faydee has since been releasing more music and collaborating with other big artists. He has recently teamed up YouTube star, for a track on Adam’s debut album called ‘Waynak’.

The pair performed ‘Waynak’ together for the first time, whilst they were in the UK and we got to speak to them all about their bromance, their music together and what we can expect from them this year.

On speaking about the collaboration, Adam told us that the pair have mutual friends and he was always a fan of Faydee, and from there the music came!

The pair told us that the rest of the year is busy for the both of them, as Faydee has recently released his new song ‘Crazy’, and Adam will be touring the world to promote his album.

We’re sure we’ll be seeing more from the pair and their blossoming bromance.

Check out the full interview with Faydee & Adam Saleh below.