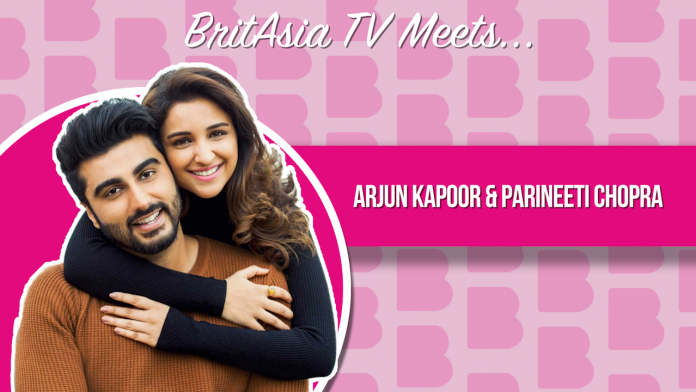 We spoke to Arjun Kapoor and Parineeti Chopra about their upcoming Bollywood film ‘Namaste England’!

Parineeti told us about the upcoming film, where she plays a Punjab-born girl Jasmeet, who wants to go to England. The film follows Jasmeet and Param, played by Arjun, and their journey post-marriage from Punjab to England.

Arjun revealed how he was drawn to the role and felt excited to be working with Chopra again after his debut in ‘Ishaqzaade’. While their previous collaboration was one where their characters made the journey from hate to love, this film “encompasses everything that love stands for. It’s a film that begins post-marriage when the happily ever after is supposed to come.

And the trials and tribulations, the highs and lows, the good and the bad when two people who are married and in love, and certain circumstances make them move away from each other and what they do to get back together. It felt unique and at the same time, relatable.”

Arjun and Parineeti spoke about how their understanding friendship makes filming extremely easy and enjoyable.

Arjun further told us about how Bollywood should represent all cultures to “make films seem real” and “add texture to characters”.

Speaking about upcoming projects, Arjun revealed that he will be working with Parineeti again on “Sandeep and Pinky Faraar”, while individually, he will be seen in “India’s Most Wanted” and “Paanipat” in 2019.

Produced and directed by Vipul Amrutlal Shah, the film will be releasing on the 19th October 2018!