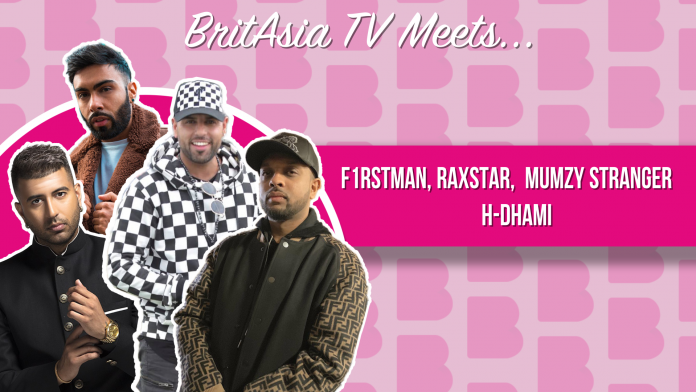 We caught up with F1rstman, Mumzy Stranger, Raxstar and H Dhami to talk about their latest track ‘Dance’.

The latest track ‘Dance’ has brought together five popular Asian artists such as F1rstman, Juggy D, Raxstar, Mumzy Stranger and H Dhami. The huge collaboration came about after Dutch singer F1rstman reached out to British Asian singer Mumzy Stranger via Instagram. From there, they knew they wanted it to be the ultimate collaboration and rounded up the best of the best.

Once they were all on board, the four flew over to Holland to start producing music with F1rstman. In the UK, we rarely see collaborations between artists and normally consists of two artists. The boys knew there was a lack of these, and thought this would push the culture forward and create unity.

F1rstman went on to tell us: “In Holland, everyone loves working with each other, and love sharing their creativity with each other and try to get bigger and bigger by doing new stuff”.

Between the five of them, they all bring something different to the track and give their own unique spin on it. It makes the project even more exciting as it something we don’t see often in the Asian music scene, and the music of the track has a Latino sound to it which makes it very current.

The combination of the Latino fused Hip Hop and contemporary Punjabi sounds certainty put this on the map, and continues to push the boundaries.

The group teased they have even more music coming out in 2019. They have several projects they have worked on and can’t wait to share in the new year. We can look forward to even bigger and better things.