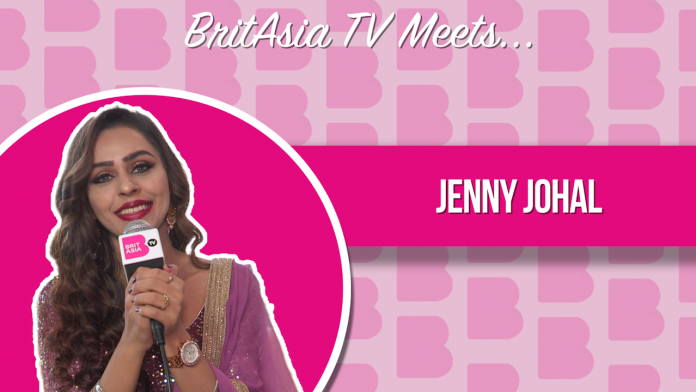 BritAsia TV caught up with Punjabi singer Jenny Johal to speak about her upcoming single, dream collaborations and her future plans.

Jenny Johal debuted back in 2015 with her song, Yaari Jatti Di. She then went on to release several other tracks such as Chandigarh Rehn Waaliye, Mutiyaar Jatt Di and the most popular, Narma.

The Punjabi singer will be releasing a new song, Gold Wargi, on October 27th. She described the track as a fusion of Arabian and Punjabi music, where will be able to hear her powerful folk vocals.

In the Punjabi music industry, there aren’t a lot of female singers, so we asked if she found it harder to break through in the industry because of that. However, Jenny told us that she had her mums support, and found it easy to maintain her standards.

The ‘Narma’ singer also told us that she loves to create songs that women can enjoy, and promote the beauty of females. However, she said her music is for everyone, and is happy that everyone can listen to her voice.

On speaking about collaborations, the singer told us that she would love to work fellow female Punjabi singer Jasmine Sandlas, and Punjabi singer Diljit Dosanjh.

In the Pollywood industry, we have started to see more singers turning towards acting, and most recently we have seen Sunanda Sharma debuting in her first movie, Sajjan Singh Rangroot, a couple of months back. Jenny added that we can expect to see her in movies over the next few years.

Check out our full interview with Jenny Johal below.