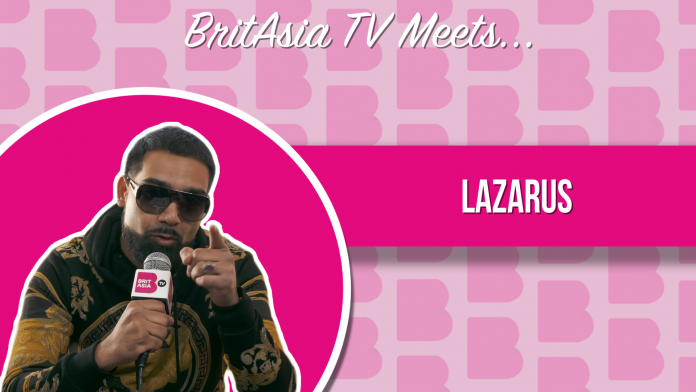 BritAsia TV caught up with Detroit based American rapper Lazarus to talk about his career, being on tour with Wu Tang Clan, and his future plans.

Lazarus is an American rapper and a physician from Detroit. The rapper first started his career in medicine, but recalled that he was rapping even before he went to university. He was always passionate in writing rhymes whilst studying, and knew that he wanted to pursue a career as a hip-hop artist.

Coming from a south Asian background, Lazarus knew that there was a mentality of getting a ‘proper’ job as either a lawyer or a doctor. However, over time he proved to his family that he was good at his craft.

The rapper was one of the first south Asian rappers around and we were intrigued to know if he had any setbacks when he first started. He told us that one of the major setbacks he faced was that nobody took him seriously. That motivated him and he was determined to work harder and prove people wrong.

Lazarus has worked with legendary artists such as D12, Wu Tang Clan, Royce da 5’9″, Ghost Face Killer, and many more, which has established himself in the industry.

The rapper is currently working on a track for WWE wrestler Jinder Mahal, alongside Indian rapper Raftaar and producer Manj Musik.

We can expect to see a lot more from Lazarus this year! He hinted that he might be featuring in a track with rapper Eminem and is also working with UK producer Dr Zeuz on a project!

Check out the full interview with Lazarus below.