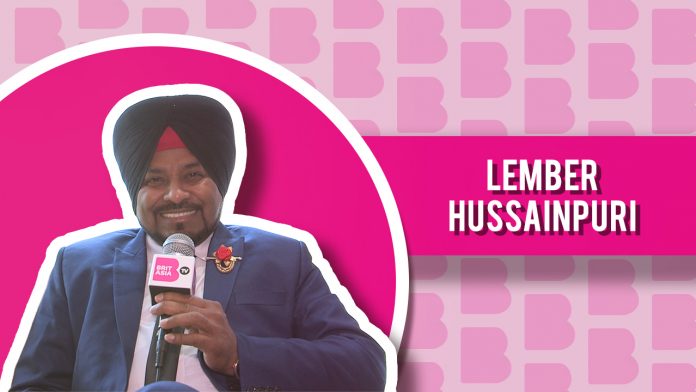 We caught up with Lehmber Hussainpuri to talk about his latest song ‘Ban Gai Aa Jodi’ and his work with organ donation.

Speaking about his new release, Lehmber revealed that the track was based on the hope that daughters should face no difficulties in life. He dedicated the song to Natasha Sandhu who faced a kidney failure but recovered due to her mother Anita’s donation of her own kidney to save the life of her child. This inspiring story spurred him to create this song in the name of daughters, who according to him are the heart of the family.

He personally has registered as an organ donor so that he can have the potential to save life. He is trying to get as many people involved in the cause as possible . Lehmber has previously done outstanding work against female infanticide, incorporating the meaning into the song lyrics.

When asked about the future, he states that music is the food of the soul and he hopes to continue his love for music throughout his life. There are so many songs to watch out from Lehmber so stay tuned!

He remembers how his fans have previously supported him with ventures like ‘Das Ja’, ‘Sadi Galli’ from Bollywood film ‘Tanu weds Manu’ starring Kangana Ranaut and R. Madhavan and wishes that his fans will keep giving the same love and support in the future!