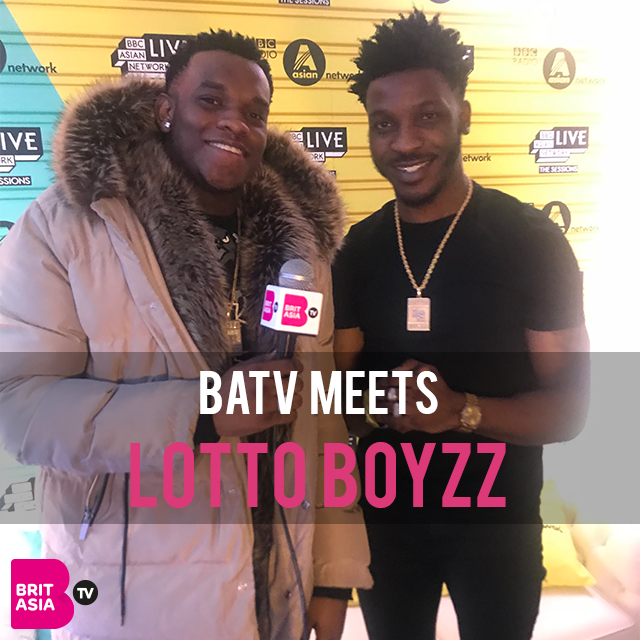 BritAsia TV caught up with Afrobean Lotto Boyzz to discuss the pair’s bromance, music and their plans for the rest of 2018.

Lotto Boyzz made their mark on the music scene with the sound of music they released, which is a combination of rap, afrobeat’s and dancehall, that has become a popular music genre in the UK.

With the release of their EP ‘Afrobean: The Genre Definition’, which defined the sound of music that the UK audience was listening to, has become the dominant force in UK ‘urban’ music.

The Birmingham duo made their mark when they released their track ‘No Don’, which was then followed by a remix with Not3s and Chip. Ash and Lucas then released ‘Birmingham’, that became the anthem for the city, and eventually fellow Birmingham rapper Jaykae also jumped on the track for the remix.

The pair have since collaborated with the likes of girl band MO and African star Mr Eazi for their release ‘Bad Vibes’, which came about after the girls asked the pair if they wanted to feature on the song.

After meeting each other back in their younger years at a local youth club, the boys have been best friends since. On spending a lot of time with each other, we had to know what they both liked and disliked about each other, and Lucas had a few words to say about Ash!

We can expect more music from the Afrobean duo, and let us know that there might be a mixtape in store for their fans.

Check out the full interview with Lotto Boyzz below.