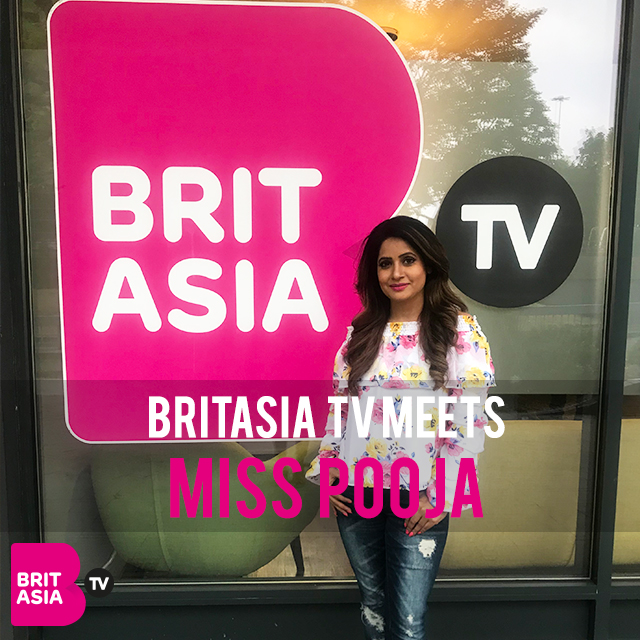 BritAsia TV caught up with Punjabi singer Miss Pooja whilst she was in the UK, to talk about her upcoming single ‘Care Ni Karda’, being a female in the industry, her favourite UK producers and much more.

Miss Pooja is one of the most prominent females in the Punjabi music industry, and entered the scene in 2006 with her first duet song ‘Jaan Ton Piyari’. This was then followed by her debut solo album ‘Romantic Jatt’. She stormed the charts all over the world, and along her journey worked with many UK producers such as PBN, Tigerstyle, DJ Sanj and many more.

Most of Miss Pooja’s hit tracks are with UK producers, and the singer told us she still receives a lot of love on her tracks such as ‘Aashiq’, ‘Gidda Pao’, ‘Char Panj’ and many others. Not only does she receive a lot of love from them, but they’re some of her favourite tracks and is keen to work with more UK producers.

As she was one of the first females to get into the music scene, she has paved the way for many younger female talents such as Sunanda Sharma, KaurB, Nimrat Khaira and many others. The feeling of knowing that she has achieved this overwhelms the singer, as when she started it was a predominantly male scene, with only a few women behind the camera.

She told us that if women love what they are doing and keep focused, then they will achieve their goals.

Miss Pooja has a song releasing on the 23rd July titled ‘Care Ni Karda’, and is for the girls who think their partners do not care about them and is a chance for them to express that feeling. She has worked with UK producer Tigerstyle on the track, and shot the video in Australia.

The Punjabi singer is always evolving her style to keep up with the music trends, and we’re sure this will be another hit that her fans will adore.

Check out the full interview with Miss Pooja below.