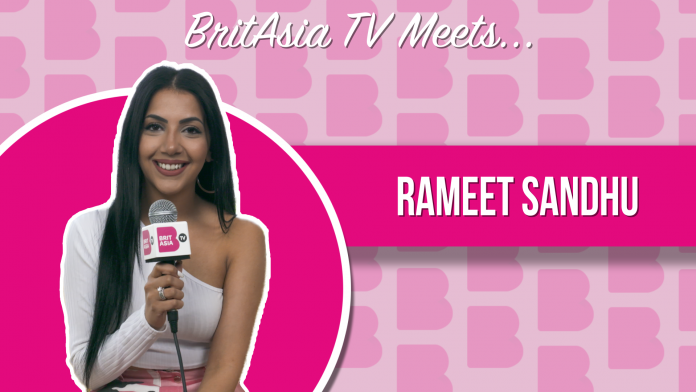 We caught up with Scottish Punjabi singer Rameet Sandhu to talk about her latest track ‘Karde Haan’, her inspirations, future plans and much more.

The singer has recently released her brand-new Punjabi Pop track song ‘Karde Haan’. The track has already received over 2.4 million views on YouTube, and is showing no signs of slowing down.

The young singer worked closely with her Dad to write the lyrics for the track and with British Asian producer Mumzy Stranger for the music.

Rameet added that Punjabi Pop is one of her favourite styles of music to sing as it allows her to interact with her fans more at shows when performing that genre.

The video for the track was shot in Mumbai, and gave the singer a chance to show off her dance moves, as she is also a dancer. The track also features actor MNV, who plays Rameet’s love interest.

Check out the full interview with Rameet Sandhu below and catch her new track ‘Karde Haan’ on BritAsia TV now!