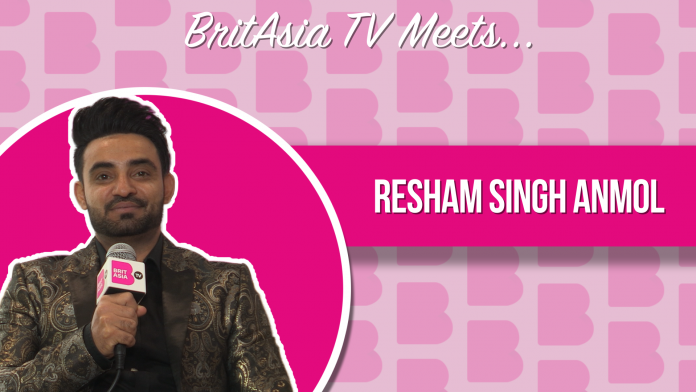 BritAsia TV caught up with Punjabi singer Resham Singh Anmol to talk about his upcoming single ‘Snapchat’ and what else he has planned for the future.

Resham Singh Anmol is a Punjabi singer and is popular for his track such as ‘Nagni’, ‘Chete Karda, ‘Bhabi Todi End Aa’ and many more. He was also a finalist of the relativity TV ‘Awaaz Punjab Di 3’.

The singer will be releasing a new track in a few weeks called ‘Snapchat’. He told us that inspiration behind the song was that the app is the latest craze, and he thought it would be a great concept for the upcoming single.

The ‘Nagni’ singer is a fan of Tru Skool, and would love to work with him in the future. On a global scale, Resham said that he would like to work with Canadian Pop sensation Justin Bieber, and thinks it would be a great combination.

Resham has been in the UK to shoot his video for his upcoming track with famous Indian music director, Sukh Sanghera. He said it brings a different look to the video, as there are many historic buildings in England.

We can expect 7 back to back songs from the singer, as he is working hard to make sure he is consistent and releasing new music for his fans.