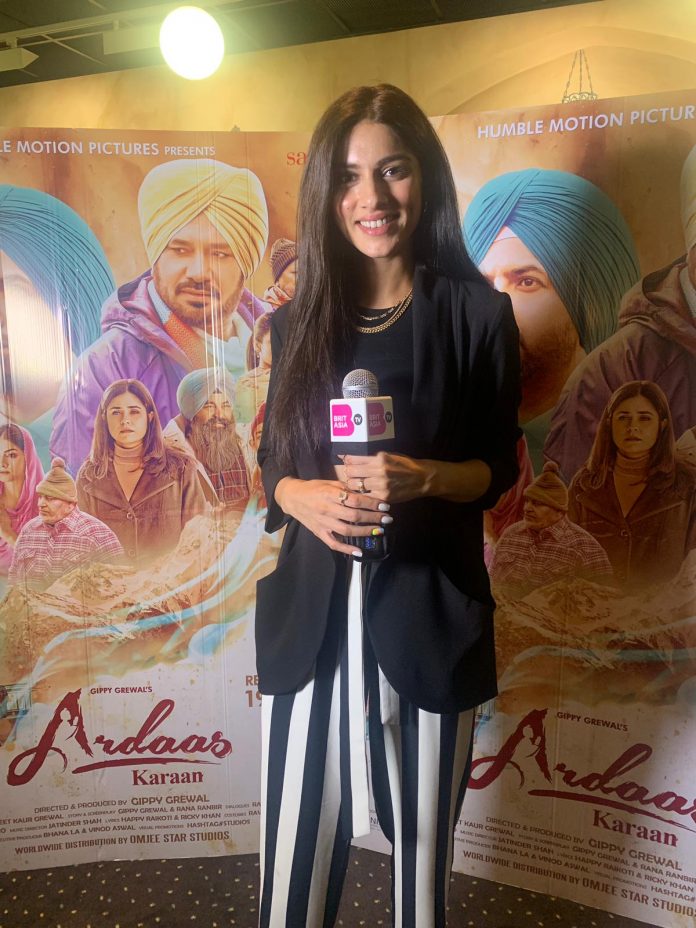 ‘Ardaas Karaan’ is the latest Punjabi flick to be released and stars Gippy Grewal, Sapna Pabbi, Gurpreet Ghuggi, Yograj Singh and many others. The movie is the sequel to 2016 hit movie ‘Ardaas’.

The flick was released on the 19th July, and was praised by fans all over the world for its positive message. The story showcases that no matter what religion you are, we are all one.

We caught up with British Punjabi actress Sapna Pabbi to find out why she got involved with the project, why she made the move to India and what she has planned in the future.

We last saw Sapna star alongside Gippy Grewal in the 2018 movie ‘Mar Gaye Oye Loko’, which also featured Binnu Dhillon. Describing her relationship with the ‘Manje Bistre’ actor, she told us he’s very chilled out and easy to work with.

The actress was born and bred in the UK, but made the decision to make the move to India after her graduation. She then received several opportunities to work in prime Indian television and the rest is history.

Sapna has a lot coming up soon, and her fans will be able to spot her in ‘Drive’ and Amazon Prime series ‘Inside Edge’.

For now, you can catch the young actress in Ardaas Karaan in cinemas now! Check out our interview with Sapna below.