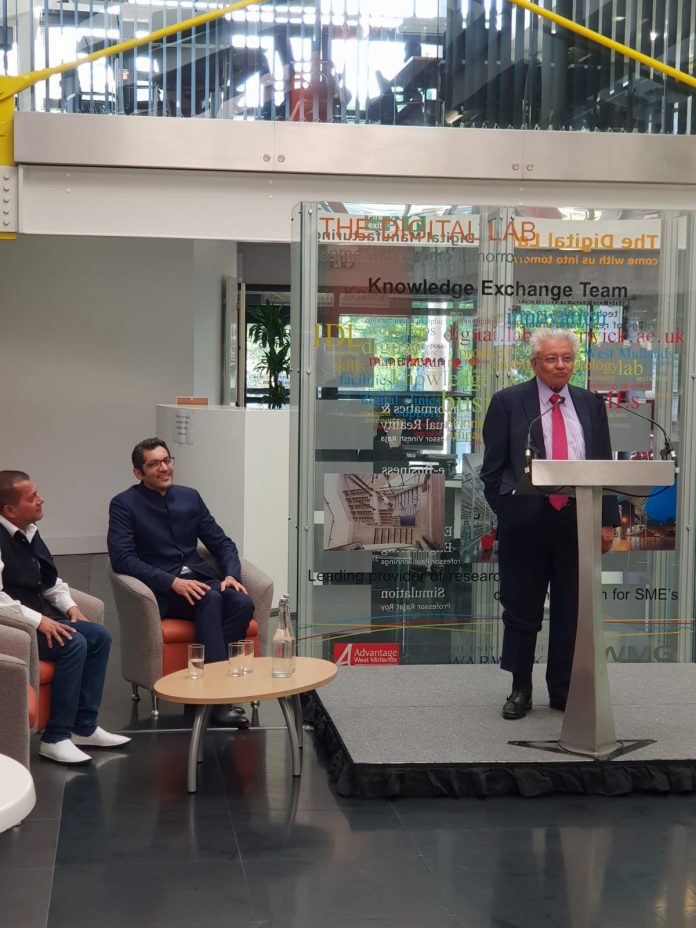 Dr. Achyuta Samanta was invited along to WMG by Lord Bhattacharya to give him a tour of the grounds, and to show the strength and depth of the Midland’s relationship with India.

WMG was founded by Lord Bhattacharya in 1980, and are now one of the world’s leading education and researching groups around manufacturing, innovation and technology. Lord Bhattacharyya became Britain’s first ever Professor of Manufacturing, after starting his career as a graduate apprentice at Lucas Industries.

As well as being a founder of WMP, he also became an important influence with some significant partners for UK manufacturing including the takeover of Jaguar Land Rover by Indian firm Taata Motors in 2008, and the investment in the National Automotive Innovation Centre at the University of Warwick.

We spoke with Lord Bhattacharya and Dr. Achyuta Samanta at the special event.