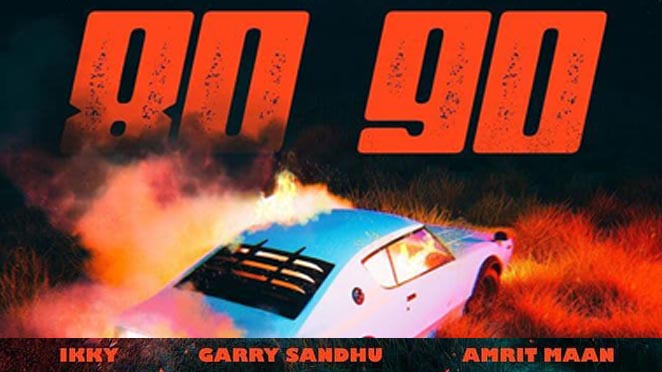 Ikky’s debut song is available to stream here with an official music video directed by David Redman, available to watch here. The visual is set in Canada, London and California blending a trio of cultures for a striking debut release.

With hope to transcend borders and break down cultural barriers, 4N Records emphasises Ikky’s mission to create songs and collaborations that will bridge the gap between India’s incendiary music scene and the rest of the world.

Before his 20th birthday this year, Ikky had already produced and co-written global Punjabi hit songs such as “Diamond” by Gurnam Bhullar, “Difference” by Amrit Mann, “Bambiha Bole” by Amrit Maan & Sidhu Moose Wala and “Yeah Baby” by Garry Sandhu. Collectively these singles have amassed over one billion streams worldwide combined.

Speaking about 4N Records, Ikky said: “Throughout my career, I have felt as though I am an outsider because I wear a Turban in a musical community where that is uncommon. It’s funny, in Canada, I’m the producer with a Turban, in the UK I’m the Indian guy, in India I’m the Canadian kid. There is always a little part of me that feels as though I am a constant foreigner. I kept on returning to this term in my head and when I told my partners that I wanted to call this company 4N, they immediately understood.”

On social media, Warner Music Canada promoted the new track and tagged all of the artists involved with the debut single. See original tweet below.

Mathew Fruitman from Coalition Music and 4N Records President said: “Ikky’s magnetism is infectious. He so effortlessly combines his cultural experience and love for sounds, creating a lasting foundation that’s his musical strength,” adding, “he has a unique ability to attract great talent, meld genres and is a great leader for 4N Records.”

Steve Kane, President of Warner Music Canada said: “We are so excited to partner with Ikky, and 4N Records. His creativity and passion are unrivalled, and we’re endlessly impressed by his ability to create hit songs that span cultural boundaries,” adding, “we are pleased to grow our valued relationship with Coalition Music as we join together in partnership with Warner Music India.”

Jay Mehta, Managing Director, Warner Music India & SAARC added: “Ikky is one of the trailblazing artists whose music has crossed boundaries in a short span of time. We are delighted to announce this association with him as it completely resonates with our vision to take the Indian sound global. With 4N Records and Warner Music Canada, we found a perfect partnership that not only echoes but also amplifies our aim.”

Ikky and his newly established 4N Records will be based in Toronto, Canada at Coalition Music’s facility and will showcase a new frequency of sounds helmed by his culture, expertise of music and sensing what makes the right collaboration.

Following the debut song 80 90, a new collaboration with a Punjabi and Latin artist is almost complete and set for a summer release. 4N is also excited to be collaborating with rap artist Nseeb and discussions of taking 4N artists on tour around the world have already begun.