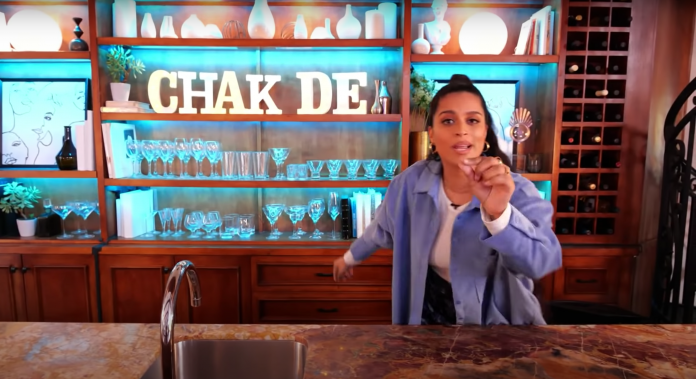 Lilly Singh has provided a sneak peek into her ‘fun house’ which doubles as the new set for Season 2 of her late night show.

Singh’s fans were invited into the host’s ‘fun house’ over the weekend for a behind-the-scenes tour of where season 2 of A Little Late with Lilly Singh will be filmed.

Following an eight-month break from Season 1 of the NBC show, Singh returned to introduce a new-look for Season 2 in a virtual tour. Instead of a TV studio, the show is being filmed in an enormous, eclectic ‘fun house’ complete with a bar, swimming pool and ‘rant room’ (still under construction).

Staying true to her Punjabi roots, the comedian has fittingly placed a wall plaque above the bar with the phrase ‘chak de’ which translates to “raise the roof”, says Singh, adding “that is exactly what we will do.”

Additionally, the new set/house is equipped with a basketball court, an impressive wall of sneakers, and a treetop writers’ room.

“With COVID it’s so hard to get people into one room, but when you’re outside you have a little more freedom to be safe,” explains Singh, mid-tour. “So the writers’ room is completely outside.”

You too can access all areas! Take a virtual tour right here: