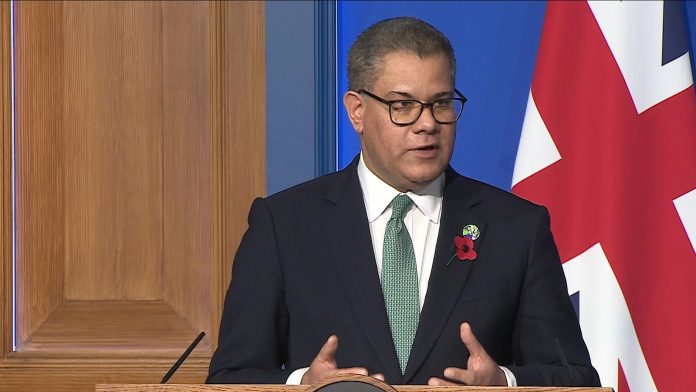 China and India will have to explain themselves to climate-vulnerable nations, COP26 President Alok Sharma said as the summit draws to a close.

It comes after the two nations pushed for the language on coal to change from “phase out” to “phase down” in the deal agreed in Glasgow.

It is the first ever climate deal that plans explicitly to reduce coal – the worst fossil fuel for greenhouse gases, according to the BBC.

The summit, which was initially due to end on Friday, had to go into overtime before a deal was agreed late on Saturday – following the late intervention from India to water down the language on coal.

Later on Sunday, Prime Minister Boris Johnson will join Mr Sharma to give a Downing Street news conference on the outcome of the climate summit.

Mr Sharma said the deal struck in the Glasgow climate pact was a “fragile win” and urged China and India to “justify” their actions to nations that are more vulnerable to the effects of global warming.

He told BBC One’s Andrew Marr Show: “I am going to be calling on everyone to do more.

“But as I said, in relation to what happened yesterday, China and India will have to explain themselves and what they did to the most climate-vulnerable countries in the world.”

Mr Sharma, who had to hold back tears as he closed the summit following the late intervention, added: “I wouldn’t describe what we did yesterday as a failure – it is a historic achievement.”