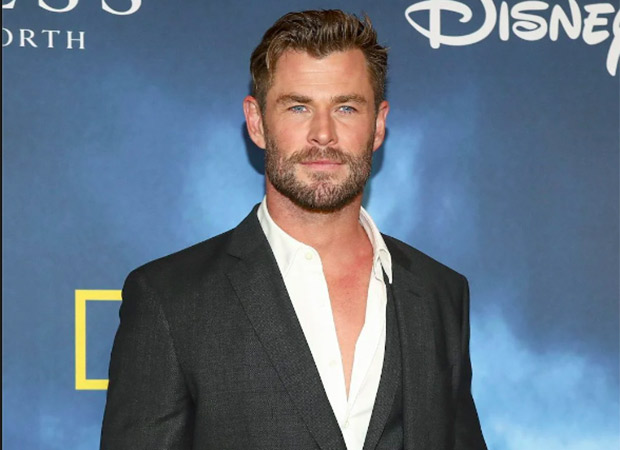 Chris Hemsworth is planning to take break from acting after learning he has a genetic predisposition to Alzheimer’s disease. The Thor actor’s predisposition to the disease was confirmed via a genetic test he undertook as part of a new Disney+ documentary series. According to Variety, in the fifth episode of the series, Hemsworth meets with a doctor and it’s revealed that the actor has a genetic predisposition for Alzheimer’s disease. The 39-year-old actor learned he had two copies of the gene ApoE4, inherited from both his parents, after undergoing tests as part of his documentary series.

As per the report, although Hemsworth said, “It’s not like I’ve been handed my resignation,” the actor is now eight to 10 times more likely to develop the disease. Hemsworth’s grandfather is currently diagnosed with Alzheimer’s disease. “I’m not sure he actually remembers much anymore and he slips in and out of Dutch, which is his original language,” Hemsworth said.

“He’ll be talking [in] Dutch and English and then a mash-up and then maybe some other new words as well.” Regarding his own diagnosis, Hemsworth said, “It’s not a pre-deterministic gene, but it is a strong indication. Ten years ago, I think it was more thought of as determinant.”

The actor said the documentary series creator, Darren Aronofsky, and one of the doctors on the show, Peter Attia, discussed how the diagnosis would be covered. It had initially been the plan that the actor would receive all his genetic test results live on camera but Aronofsky told him privately once they got the results.

Further, Hemsworth said he intended to take a break from acting after finishing the publicity tour for Limitless, along with his other contracted work. “Now when I finish this tour this week, I’m going home and I’m going to have a good chunk of time off and just simplify,” he added. “Be with the kids, be with my wife.”

Alzheimer’s causes the brain to shrink and brain cells to die. There is no cure for the disease, but medications may temporarily improve or slow the progression of symptoms. Meanwhile, Hemsworth has already wrapped up films like Netflix’s Extraction 2 and Mad Max: Fury Road prequel Furiosa.

As the report suggests, the actor said that Disney offered him a version of Limitless that cut out the diagnosis, but he was adamant about leaving it in. “Look, if this is a motivator for people to take better care of themselves and also understand that there are steps you can take—then fantastic,” Hemsworth said. “My concern was I just didn’t want to manipulate it and overdramatize it, and make it into some sort of hokey grab at empathy or whatever for entertainment.”