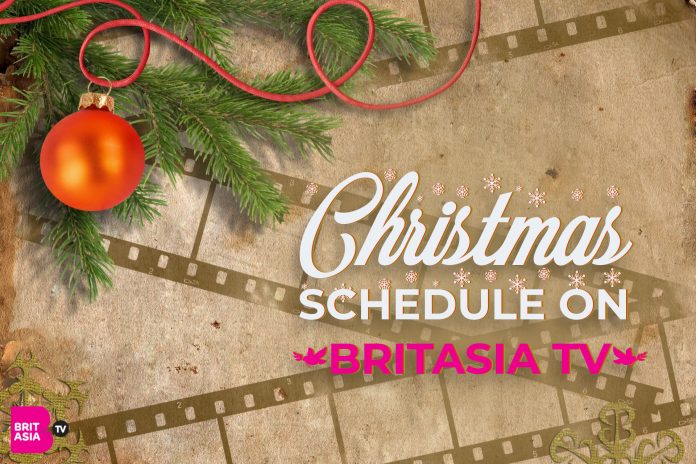 BritAsia TV are delighted to announce that the channel will be airing seven movies over the Christmas period, and the annual BritAsia TV World Music Awards 2017.

The channel will be broadcasting the following – Ardaas, Brick Lane, Angrej, Sardaar Ji 2, Bhaji on the Beach, Punjab 1984 and Saab Bahadar.

As well as playing some of the biggest British Asian movies, and some of the latest Punjabi movies. BritAsia TV will also be airing the BritAsia World Music Awards 2017, where you can see performances by Jassi Gill, Babbal Rai, Jasmine Walia and many more.

The Christmas schedule will be as follows:

Ardaas (2016), a Punjabi drama starring Gippy Grewal, will air at 2pm. The movie is about a story about how people in a village deal with everyday problems in Punjab and learn how to live.

Brick Lane (2007), a British Asian drama that follows a young Bangladeshi who arrives to London in the 80’s, which will be airing at 8pm.

Angrej (2015), a Punjabi romantic comedy movie which airs at 9am. The movie follows a young man who struggles to find a girl to marry.

Bhaji on the Beach (1993), a British Asian comedy drama movie that is directed by Gurinder Chadha. This movie will be aired at 5pm.

The BritAsia TV World Music Awards 2017 will be shown at 8pm.

Punjab 1984 (2014), a Punjabi movie that focus’ a woman who is on a search for her missing son during the devastating attacks. The movie stars Punjabi singer Diljit Dosanjh and will air at 7pm.

Saab Bahadar (2017) a Punjabi thriller that stars Ammy Virk, where he plays a small-town police officer and investigates the murder of a prominent citizen. This movie will be aired at 8pm.