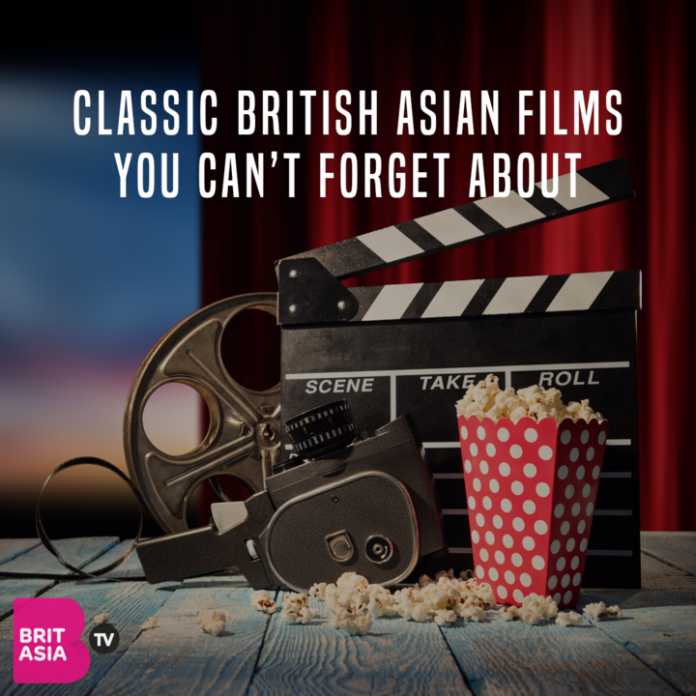 British Asian films are known for showing the reality of British Asians, rather than stereotypical characters you would see in an English film or TV programme.

The films have the ability to portray the characters in a true light, and combine the dryness of British humour and the raw Asian culture.

We’ve looked back at classic British Asian films you might’ve forgotten about.

Bend it Like Beckham is one of the most successful British Asian films before Slumdog Millionaire.

The film follows British Asian teenager, Jess, who is from a typical Punjabi family, and is obsessed with football and David Beckham.

The film was definitely one that a lot of British Asians could relate to, and is still a classic you can watch over and over again.

East is East is another comedy drama based on a Pakistani family in the 1970’s.

It’s another very successful British Asian film, that touched on controversial topics such as arranged marriages and traditional families.

In 2010, a sequel to East is East was released. The sequel, West is West, follows the Khan family from Salford to rural Pakistan.

Slumdog Millionaire is the most successful British Asian film that has ever been released.

The 2008 hit film is a story based on the popular television game show, Who Wants to be a Millionaire. The film featured Skins actor Dev Patel, and new actress Frieda Pinto.

The Pussycat Dolls collaborated with A. R. Rahman to release “Jai Ho”, which also did well around the world.

The film was the highest grossing British Asian film, and made $377 million from a budget of only $!5 million, and went on to win Oscars, Academy Awards and Global Globes.

Bride & Prejudice is another Gurinder Chada directed film, and this time was a romantic musical remake of Jane Austen’s classic, Pride and Prejudice, which was set in a Bollywood style.

The film stars Bollywood actors Anupam Kher and Aishwarya Rai, and the film successfully made £24 million from a £7 million budget.

Four Lions was a film that dealt with the controversial topic of terrorism, and is a dark comedy involving British Asian men.

It was praised for being open and delicately handling difficult social issues that happen in real life.

The cast included Riz Ahmed, Adeel Akhtar, Kayvan Novak, William Adamsdale and Arsher Ali. The movie was directed by Chris Morris, who is known for his dark humour.

Anita and Me is a comedy based on the true-life experience shared by actress and writer Meera Syal who grew up in the town of Essington in Staffordshire.

The story follows an Asian family who move to the rural countryside, where they experience a culture clash between their eastern origins and ‘white’ westerners.

The film touches on delicate topics of racism from members of the white supremacist groups in the 70’s.