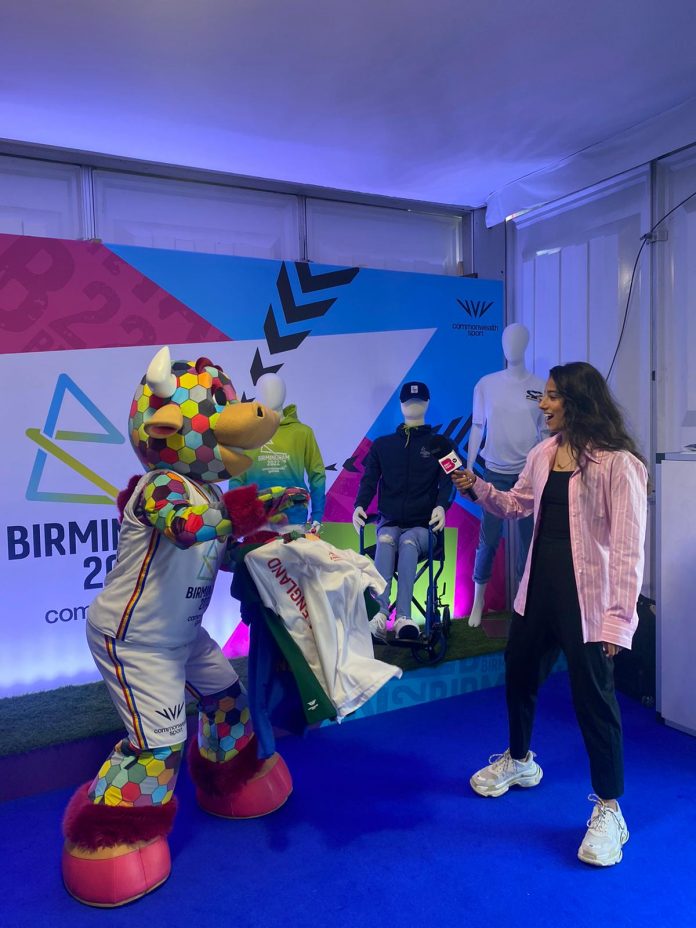 As the clock counts down to the magical and long-awaited Commonwealth Games in Birmingham, we witness the Grand Opening of the Commonwealth Games Megastore in the heart of the city, as Centenary Square is packed with enthralled masses waiting for what is in store as the brilliance of the grand event looms upon us.

The opening begins with an exciting speech and oration from Mr. Ian Reid, the Chief Executive Officer for Commonwealth Games Birmingham 2022, as he raises the energy from the crowd talking about all the exciting new goodies that are available for purchases with something available for each individual to be elated about. He also reveals that the megastore’s first floor houses a studio for the BBC as all broadcast will be commenced there against the beautiful backdrop of the Library and Centenary Square. Denise Lewis OBE, the President of Commonwealth Games England, former Olympian and World Champion was also present at the event and rallied the crowd with her speech as she talked about how important and brilliant the games are.

The event proceeded to introduce the mascot of the games, Perry. Perry is a bull and along with the flag- a shoutout to the city of Birmingham which has been synonymous with the image of a bull which is also included in the flag. Perry’s rainbow colours are a reflection of the values of the Games Federation- humanity, equality, destiny; They also stand for the overreaching message of Birmingham 2022- Games for Everyone. His white shorts and medal ribbon hold the colours of the city and enunciate the motto of the city: Forward. With the introductions done Perry and Denise opened the Megastore with a countdown and a smoke-show, and an amazing dance by some young performers.

The store itself is a culmination of a multitude of products and merchandise available for purchase from, caps, t-shirts, towels, et cetera. There is ample representation of participating countries, with representation from the South Asian countries of India and Pakistan. The colours of the mascot truly symbolise the nature and spirit of the games in their values of Humanity, Equality, and Destiny.