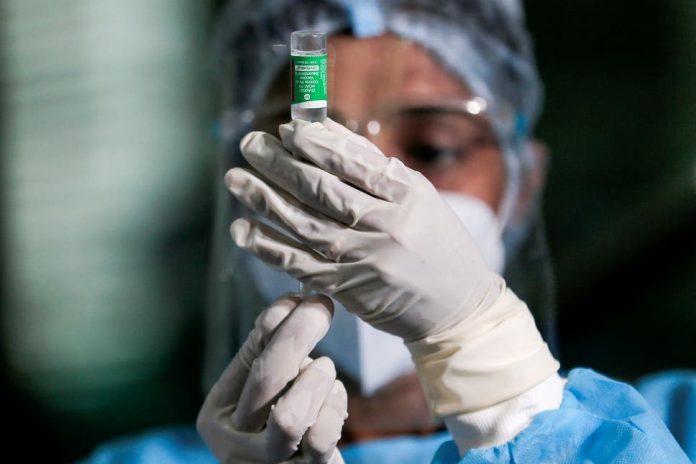 An Indian coronavirus variant now present in the UK, has mutations that could enable the virus to infect human cells and evade some antibodies.

The new Indian variant with mutations that may help it to evade immunity has been detected in the UK for the first time, after infections fall to their lowest level since September.

A total of 77 cases of the new variant, called B.1.617, have been recorded as of April 14, with four cases recorded in Scotland, Public Health England (PHE) has confirmed.

Lab tests show both mutations help the virus to infect human cells and evade some antibodies.

Health officials however, have designated it a “variant under investigation” (VUI) rather than a “variant of concern” (VOC), such as the Manaus (Brazil) or South African variants.

The cases detected in England are dispersed across different parts of the country, with many linked to international travel in which investigations are under way.

Paul Hunter, professor in medicine at the University of East Anglia, said the variant featured two “escape mutations” – E484Q and L452R – that “are causing people to be concerned”.

He added: “There’s laboratory evidence that both of these are escape mutations. Basically, applying what we know about other human coronaviruses would suggest that this is going to be even less controlled by vaccine. But we don’t know that for certain at the moment.”

Two of the mutations are in the spiky protein that the virus uses to fasten itself to cells, according to Dr Rakesh Mishra, the director of the Centre for Cellular and Molecular Biology, one of the 10 research institutes sequencing the virus.

He added that these genetic tweaks ‘could be of concern’ since they might help the virus spread more easily and escape the immune system. But Health Ministry officials in India have cautioned against linking the variants with an ongoing surge in new infections.

When asked about India being added to the red list on Friday, a No 10 spokesperson told a Westminster briefing: “We add and remove countries based on the latest scientific data and public health advice from a range of world-leading experts.

“We keep it under constant review and we won’t hesitate to introduce tougher restrictions and add countries if we think it is necessary.”

Prime Minister Boris Johnson had planned to spend four days in India at the end of the month, but after talks with Narendra Modi’s administration, the “bulk” of the meetings are being condensed to one day.