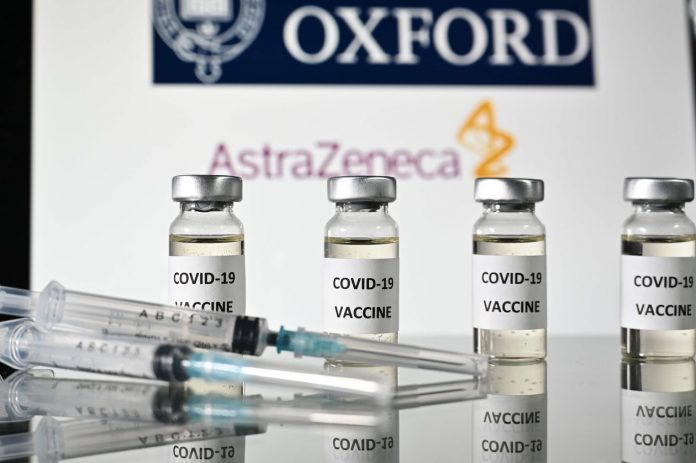 The Oxford-AstraZeneca coronavirus vaccine has been approved for use in the UK — with first doses due to be administered as early as Monday.

The UK has ordered 100M doses, which is enough to vaccinate 50 million people, reports the BBC.

This will cover the entire population, when combined with the full order of the Pfizer-BioNTech jab, Health Secretary Matt Hancock said.

It comes as millions more people in England are expected to be placed under the toughest tier four restrictions as a result of of the new variant and rise in coronavirus cases.

On Tuesday, 53,135 new Covid cases were recorded in the UK – the highest single day rise since mass testing began – as well as 414 more deaths within 28 days of a positive test.

Reuters said Oxford and AstraZeneca’s COVID-19 vaccine can be 80% effective when there are three months between shots, an official involved in approving the vaccine in Britain said, but there is insufficient evidence to back a regime involving a half dose.

“Effectiveness was high, up to 80%, when there was a three month interval between first and second doses, which is the reason for our recommendation,” Munir Pirmohamed, Chair of the Commission on Human medicines expert Working Group on COVID-19 vaccines, said on Wednesday.

“We also looked at the half dose regimen, which has been publicised quite widely, but we felt that the results were not borne out by the full analysis,” he said at a news conference where the UK’s Medicines and Healthcare products Regulatory Agency (MHRA) presented its decision.

Prime Minister Boris Johnson called the vaccine development “a triumph” for British science, adding: “We will now move to vaccinate as many people as quickly as possible.”

And England’s chief medical officer Chris Whitty praised the “considerable collective effort that has brought us to this point”.