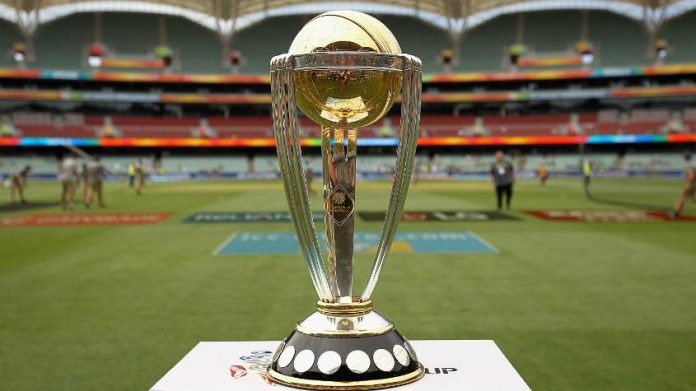 The full schedule for the ICC Cricket World Cup 2019 in England and Wales has been announced.

The 10-team Cricket World Cup will be held between 30th May and 14th July next summer, and fixture details of all 48 matches have officially have been released.

Australia, Bangladesh, England, India, New Zealand, Pakistan, South Africa and Sri Lanka have all confirmed their place at next summer’s tournament thank to their MRF Tyres ICC ODI rankings on the cut-off date of 30th September 2017. They were joined by the Windies and Afghanistan, who booked their spot at CWC19 through the ICC Cricket World Cup Qualifier in March.

England will be opening the tournament at The Oval on 30th May, when they will take on South Africa, whilst Australia will launch their title defence on June 1st against the ICC Cricket World Cup Qualifier champions Afghanistan in a day/night match in Bristol.

Old Trafford in Manchester and Edgbaston in Birmingham will stage the two semi-finals on 9 and 11 July, while Lord’s will play host to a World Cup final for the fifth time, on 14 July. All these three matches will have reserve days.

ICC Chief Executive David Richardson said: “It’s always an exciting moment ahead of any major event to announce the schedule and for the ICC Cricket World Cup. Next summer fans around the world will be treated to compelling and competitive cricket as the best teams in the world go head to head in this round-robin format for the right to be crowned World Champions.

“This schedule also gives fans across England and Wales the opportunity to watch world-class cricket on their doorstep with all teams moving around the country. We know from previous ICC events that every country will be proudly supported at each of the venues creating an exceptional atmosphere and a real celebration of the game.”

Ticket prices offered are as follows: 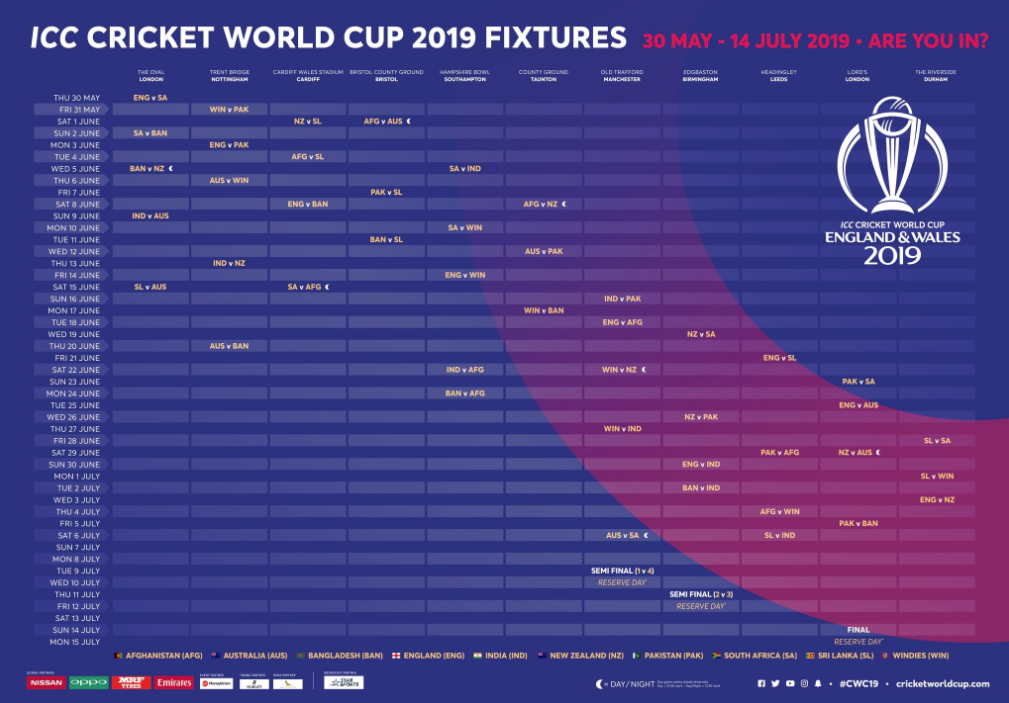